"Crocodile Has Your Leg in Its Jaws": Boris Johnson on Talks with Vladimir Putin

British Prime Minister Boris Johnson said any peace talks over Ukraine are likely to fail, as he compared holding talks with Russian President Vladimir Putin to negotiating with a crocodile. 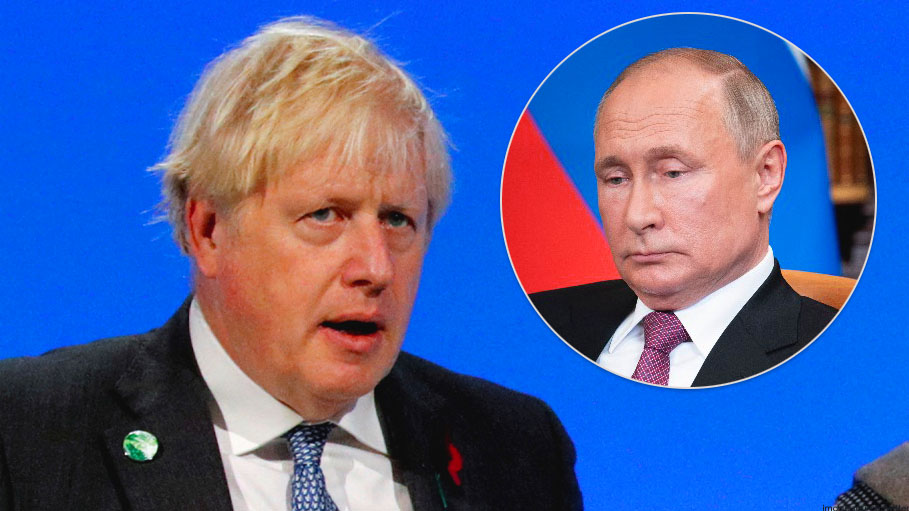 London: British Prime Minister Boris Johnson said any peace talks over Ukraine are likely to fail, as he compared holding talks with Russian President Vladimir Putin to negotiating with a crocodile.

Johnson said dealing with Putin was like "a crocodile when it's got your leg in its jaws" and said it was vital that the West continues arming Ukraine.

The prime minister was speaking as he headed to India, where he will encourage his counterpart Narendra Modi to end its neutrality over the war in Ukraine. He played down the likelihood that India would end its longstanding ties with Russia.

"It is very hard to see how the Ukrainians can negotiate with Putin now given his manifest lack of good faith," Johnson told reporters. "His strategy, which is evident, is to try engulf and capture as much of Ukraine as he can and perhaps to have some sort of negotiation from a position of strength."

Johnson said world leaders, including U.S. President Joe Biden, agreed on a call this week that they would continue to supply Ukraine with weapons, including artillery, as Russia intensified its attacks on Ukraine's East.

Ukraine and Russia have not held face-to-face peace talks since March 29, and the atmosphere has soured over Ukrainian allegations that Russian troops carried out atrocities in the town of Bucha near Kyiv. Moscow has denied the claims.

Russia seized its first town in eastern Ukraine as part of a fresh assault this week that Ukrainian officials have described as the Battle of Donbas.

Johnson said the Ukrainian President Volodymyr Zelensky had told him that he was confident of pushing Russian troops out of the eastern Donbas region, but that his forces were unlikely to recapture Crimea, which Russia seized eight years ago.

"The view of the president of Ukraine, if I understood him correctly, I speak to him a lot, is he would actually like Russian forces to be expelled from their existing positions in Donetsk and Luhansk. So that is a pretty maximalist position, but on Crimea they are not as maximalist," he said.

Putin has made it clear that he wants to take more Ukrainian territory and could launch a renewed assault on the country's capital, Kyiv, Johnson said.

"How can you negotiate with a crocodile when it's got your leg in its jaws? That's the difficulty that the Ukrainians face. We have just got to keep going with the strategy, keep supplying them with weapons," he said.

Johnson said when he meets PM Modi in New Delhi on Friday, he will encourage India to support Ukraine. But he accepted that India was likely to maintain its ties with Russia.

"I have already talked to Narendra Modi about Ukraine and actually the Indians have condemned what happened in Bucha," he said. "But the UK in particular has to recognise that there is a historic relationship that India has with Russia. I think we have to be alive to that, and just point out where Putin is, I am afraid, letting Russia down badly."

India, which is the world's biggest buyer of Russia's weapons and imports its oil, abstained in a United Nations vote condemning the invasion and has not imposed sanctions on Moscow.