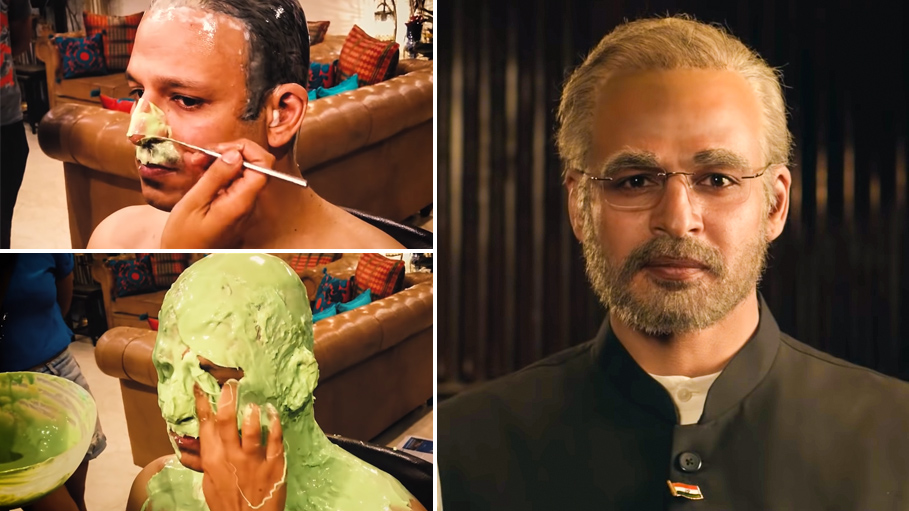 ‘PM Narendra Modi’, the most awaited biopic of the season has recently revealed how they transformed the title actor Vivek Oberoi into PM Modi. The entire prosthetic session along with the interviews by the major crew members were recorded to create the ‘making’ video. ‘The Look - Making’ video is already trending on YouTube.

The video suggests, makeup has been a crucial part of this film, especially, application of prosthetics. Actor Vivek Oberoi, who is slipping into the shoes of the Prime Minister in the film reveals, the prosthetic session itself took 5-6 hours every time, and by the look of it, the laborious task can test one’s level of patience, anytime.

The video reveals, the transformation task was more than a challenge. The first few sessions failed, as director Omung Kumar shares. The team was unable to achieve the desired look and Mr. Oberoi was looking like someone else. Finally, after long meetings and probably a sleepless night, the transformation succeeded.

You can take a look at the transformation here:

The biographical flick, ‘PM Narendra Modi’, showcases the journey of the acting Indian Prime Minister from a chaiwala (tea seller) to his introduction to politics, and thereafter.

Do you think, ‘PM Narendra Modi’, the film is drawing more attention due to its release on April 12th, at the sensational hour of the Indian general election 2019? Leave your opinion in the comments.