‘Sanju’ turns out to be a box-office success yet, as it completes its 1 week at the theaters, critical reviews are surfacing, declaring the film remained far from becoming Sanjay Dutt’s biopic. 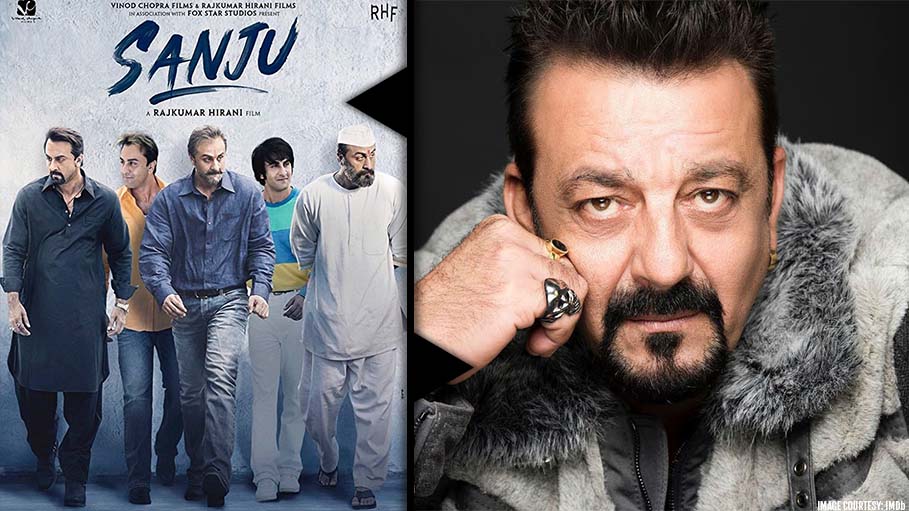 Flooding appreciations, catchy storyline, huge box office turnover - ‘Sanju’ is successful and undoubtedly, will be considered one of the greatest Bolly hits of the year.

Based on the controversial life of actor Sanjay Dutt, the film promised to take the viewers through the highs and lows of ‘Sanju Baba’s’ career, personal life etc. But how honest the portray has been? Some of the media personnel are doubtful and hence are of the opinion, ‘Sanju’ is a compelling effort to revamp the image of ‘Baba’, rather than a bona fide biography.

With director-producer Rajkumar Hirani and Vidhu Vinod Chopra, Sanjay has given the Indian viewers two blockbusters with the ‘Munnabhai MBBS’ installments in the form of comic drama. Supposedly, ‘Baba’ was tired of his monotonous role-playing as some Underworld player/dealer and was seeking a fresh change. ‘Sanju’ comes out from the same makers instigating speculations like, why the director-producer suddenly has taken up the responsibility to cleanse ‘Baba’'s notorious image in public… is Sanjay Dutt about to join politics?

The movie that has already collected Rs 186.41 crore and still counting is blamed for missing out some important personalities in Sanjay’s life. No reference of Salman Khan, who supported ‘Baba’ when he was charged and arrested under the TADA act, with placards reading, “SANJU WE’RE WITH YOU”.

‘Sanju’ didn’t feature the ‘Dhak Dhak Girl’ Madhuri Dixit, with whom Sanjay shared a romantic connection, allegedly. According to a source, Sanjay proposed to Madhuri by hanging a snake around her neck. Of course, such a freaky and terrible way of proposing wasn’t a pleasant experience for Madhuri and she was scared to death.

Much to the disappointment of many, Tina Munim’s character as well didn’t get a direct mention. Tina Munim now Ambani, was paired with Dutt in his debut film ‘Rocky’ (1981) and reportedly, both were having an off-screen affair during the late 80s. Some however insist, Sonam Kapoor’s character has a faint touch of Tina, but evidently, the audience expected more of it!

Director Raju Hirani tried to explain all these apparent omissions in his own way, “Biopic is a different monster. Our initial attraction to the biopic comes from the anecdotes we hear, because when you are writing a fiction story, you might have a faint idea that this is your story, but the bigger battle is how to write your screenplay. How do you make every scene entertaining and engaging? With a biopic, every time you hear an anecdote and think this can be in the film. But anecdotes do not make a film.”

According to a TV journalist, ‘Sanju’ has depicted Sanjay Dutt as a ‘Cry Baby’. As if, ‘Baba’ had fallen victim in the hands of time and tide, right from taking drugs to sleeping with countless women, from underworld connection to keeping illegal weapons - all just happened to him!

After all, this is no Hollywood where biopics are real life projections on-screen, following authentic details, true facts, disregarding dissensions. It is more important to stay politically correct!