The figures were by derived by aggregating costs associated with invasive species as described in peer-reviewed literature or studies. 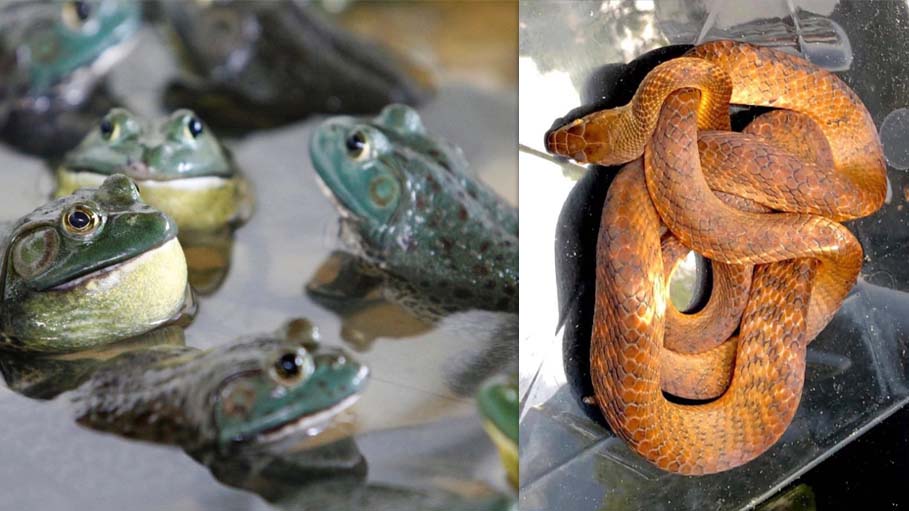 Miami: Two invasive species, the American bullfrog and the brown tree snake, cost the world an estimated $16 billion between 1986 and 2020 by causing problems ranging from crop damage to power outages, according to a study published on Thursday.

The brown-and-green frog known as lithobates catesbeianus that can weigh over 2 pounds (0.9 kilos), had the greatest impact in Europe, according to research published in Scientific Reports.

The brown tree snake, or boiga irregularis, has multiplied uncontrollably on Pacific islands including Guam and the Marianna Islands, where the species was introduced by U.S. troops in World War II, said researcher Ismael Soto.

The snakes have at times been so abundant that they caused power outages by crawling on electrical equipment, he said.

This signals the need for investment controlling global transport of invasive species to avoid paying for mitigation after the invasions occur, said Soto, a PhD student at the University of South Bohemia in the Czech Republic, the study's lead researcher.

"Nowadays, the pet trade is the main pathway for these species, especially now that everyone wants to get the most exotic snake," Soto told Reuters. "We propose continuously updating the black list of forbidden species for trade."

The figures were by derived by aggregating costs associated with invasive species as described in peer-reviewed literature or studies deemed of high reliability, and predominantly came from estimates and extrapolations rather than empirical observations.