For many freelancers, starting out is rough and work is infrequent. Even seasoned professionals can find themselves needing to shift their career a bit. 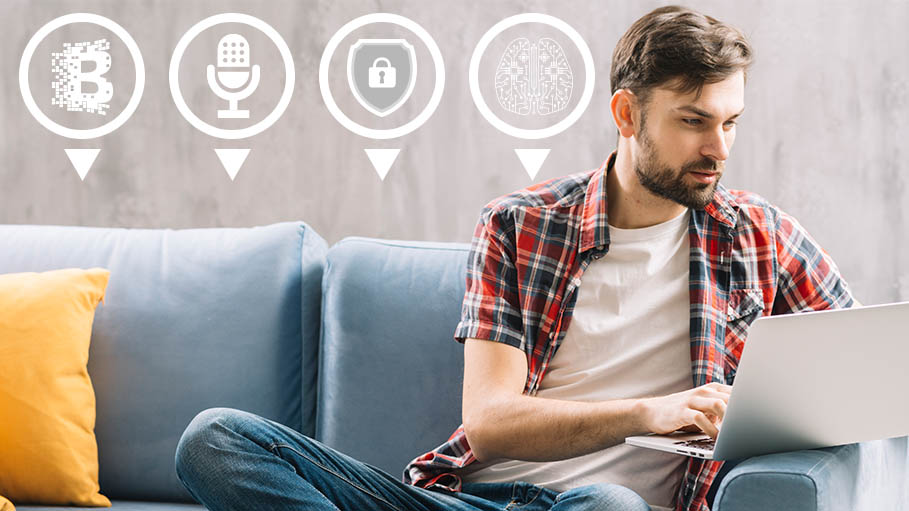 Working as a freelancer is exciting because for once, you’re the boss. It also puts the entirety of your income on your shoulders. Staying up-to-date on in-demand skills for freelancers is one way to keep your competitive edge.

There are ways to get around this, though. Learning a new niche, particularly in a market that hasn’t been saturated, opens a new world of opportunities.

This also means putting in a lot more work than you usually would for jobs you have more experience in. It might also mean learning on the job.

Many of the skills that are needed to make in the current market may be unfamiliar to you. In fact, you might not have even heard of them. The world is changing faster than ever. A freelancer today has to become a chameleon in ways our predecessors never had to.

The rewards are also greater than they’ve ever been. I have compiled a list of the four, I believe, every freelancer should learn now while to bolster their income.

Blockchain is a type of a system of records linked together by cryptography. It is the system of record keeping for breakout cryptocurrency Bitcoin. With the immense popularity of Bitcoin, interest around their record keeping system has increased dramatically. Much of the hype surrounds the fact that Blockchain is considered a very secure method. Many of the big chains are looking into the following suit in hopes of creating more secure networks. This could mean a lot of high paying work.

Learning the system wouldn’t be easy as it is a diverse topic. It would be especially difficult if your background isn’t in software engineering. The market is currently expanding rapidly and cannot keep up with demand, meaning this a great to jump in. If other cryptocurrencies try to replicate Bitcoin’s success by following their methods, you’ll be looking at a market that will provide stable work for a long time.

Who as a child didn’t watch movie trailers and try to do the voices? Well, here’s your chance and you could be rewarded handsomely for it. The software used in voice editing and recording becoming cheaper and more widely accessible by the minute. With websites like Fiverr making it possible for the average person to jump into the market and advertise their services, perhaps soon you could find your own voice booming “In a world…”. If not movie, you have a decent shot of at least getting into Youtube videos.

This would also take a good amount of time to master. We have all been speaking for a very long time, but most of us wouldn’t know the vocal techniques. Even if you have a naturally beautiful voice just made for the movies, you’ll still need a little bit of help. You could go with the googling method. You could even support the voice-over freelancing business and hire a vocal coach. You’ll also have to learn to become a master editor. Even if you have experience in video editing, this might be something a little trickier to hone than you thought. Once you’ve got it down, you’re free to crone your way to the big bucks. The sky’s the limit!

Information security is a seriously hot subject right now. With even retail giants like Target being subject to advanced computer hacks, this is essential. We live in a world where all of our information is available online and any breach could change the lives of millions of innocent people. The debacle with Target cost them millions of dollars. They are surely willing to spend a pretty penny on people like you who can help them avoid such disasters in the future. This is, of course, where you come in.

Learning computer security takes a fair amount of knowledge about programming and computers, in general. If that is not your niche, that doesn’t mean that you won’t be able to break into the field. It does mean that it’s going to take a lot more work. There are plenty of online classes you could take, as well as classes in your local community college. If nothing else, there are plenty of free options over the internet that might not be as comprehensive. Many great freelancers have learned using wikihow articles and some good old-fashioned trial and error. It won’t be glamorous, but the rewards will be immense.

Machines are not only the future, they are the now. Machine learning is when computers are programmed to “learn” on their own without additional programming. Learning this type of programming can seem like a catch 22 for many programmers. The initial pay would be amazing, but afterwards, they are being replaced by their own creation. Fear not, where there are computers and machines, there will always be a requirement to have a human being to fix them.

It has taken very long for companies to truly appreciate the idea of machine learning. Until pretty recently, the concept seemed more like a sci-fi movie than actual reality. Yet, times have changed and cars can now drive themselves and learn. This futuristic job market is an everyday reality now and not many people have realized it yet. If you can learn the programming, the pay is waiting for you.

Freelancing is hard. Motivating yourself when it feels like you’ve been running in circles to get nothing is even harder. Sometimes we all feel like giving up the freedom for the safety of that 9-5. But there is a lucrative job market out there waiting for you! You might have to learn a few new skills and it won’t be easy. You may have to learn a few prerequisite skills! A good freelancer knows how to adapt though and capitalize wherever they are needed.

SEE ALSO:
Top Trending Job Skills of 2020 and Beyond – Leading Companies are Searching for…