Artificial Intelligence - The Good and The Bad

Know, all you need to know about artificial intelligence. 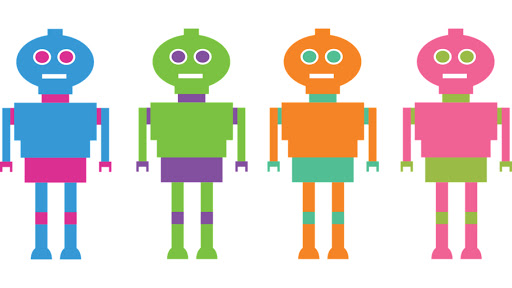 AI was coined by John McCarthy, an American computer scientist, in 1956 at The Dartmouth Conference. Today, it encompasses everything from robotic process automation to actual robotics. It has gained prominence, due to the increase in speed, size and variety of data that businesses are now collecting. AI can perform tasks such as identifying patterns in the data more efficiently than humans, empowering enterprises to gain more insight and extract maximum benefit from their data.

Types of AIAI can be classified into any number of categories, according to requirements but there are basically two broad categories: Strong AI and Weak AI.

Weak AI: Weak AI, also known as narrow AI, is an AI system that is designed and trained for a particular task. Virtual personal assistants, such as Apple's Siri, are a form of weak AI.Strong AI: Strong AI is an AI system with generalized human innovative abilities so that when instructed to do an unfamiliar task, it has enough intelligence to find a solution.

Reactive Machines: An example is Deep Blue, the IBM chess program which defeated Garry Kasparov in the 1990s. Deep Blue can identify chess-coins on the chessboard and make predictions, although it has no memory and cannot use past experiences to perform future ones. It analyzes possible moves -- its own and also that of its opponent’s -- and chooses the best and the most strategic move. Deep Blue and Google's AlphaGO had been designed for narrow purposes and cannot be applied to another situation.

Limited Memory: AI systems can use past experiences to perform future tasks. Some of the decision-making functions in independent vehicles have been designed this way. Observations used to perform actions happening in the not very distant future. Such observations are not stored permanently.                  The Good [Advantages and Uses of AI]

Error Reduction: AI reduces the chances of errors and increases accuracy. The most common example is the Microsoft Word’s spell check.

Explores Difficult Areas: AI is applied in various studies such as exploration of space. Intelligent robots are fed with information and are sent to explore space. Since they are machines with metal bodies, they are more resistant and have greater ability to endure the space and hostile atmosphere. AI and the science of robotics is being put to use in mining and other fuel exploration processes. Not only that, these complex machines are being used for exploring the ocean floor and hence overcoming the human limitations. Due to the programming of the robots, they can perform more laborious and hard work with greater efficiency. They do not wear out easily.

Daily Application: Computed methods for automated reasoning, learning, etc, are quite common in our daily lives. Siri and Cortana help us out everyday. We are using GPS for finding best possible routes for our drives and trips to new places. Smartphone is an example of how we use artificial intelligence.

No breaks:  Unlike humans, machines do not need frequent breaks and refreshments. They are programmed to continuously work for long hours and can perform without getting bored or distracted or even tired.                 The Bad [Disadvantages of AI]

High Cost: The implementation of AI incurs great expense. Their repair and maintenance is costly. They have complex programs which need to be frequently upgraded, due to the change in needs and trends of the masses. Such high costs can be taken up by large-scale businesses and government projects but not by small-scale businesses. For small businesses, and the masses, weak AI systems are implemented.

Unemployment: Deployment of AI systems on a large-scale basis has started creating unemployment. In India, for example, the government projects where AI has been implemented, the machines have drastically reduced manual labour. Things which were done by humans before are now being handled by machines and hence people who were previously involved in those kinds of work are now not having jobs.