A young American lad named Tennys Sandgren who has just defeated the world’s fifth ranked player Dominic Thiem from Australia and earned his entry to the quarter finals. 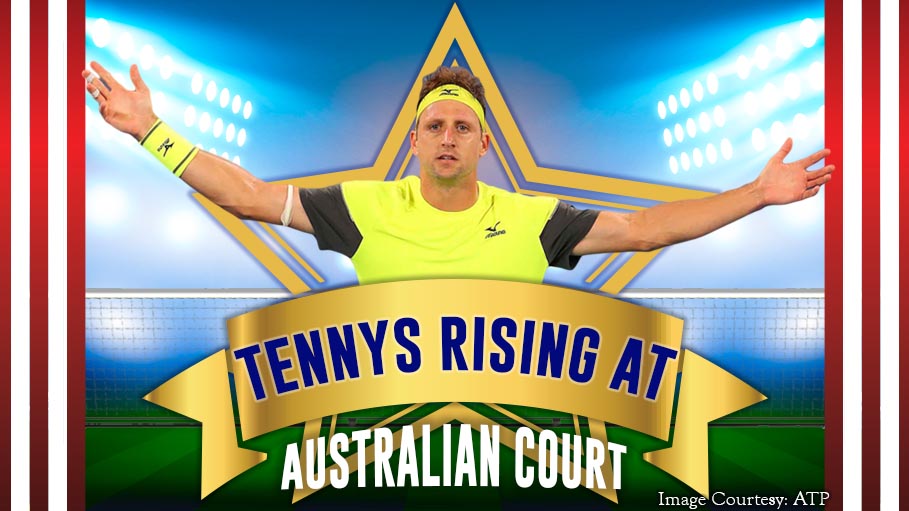 Want to meet this new sensation?

Tennys Sandgren, is a small-town guy from Tennessee. He started playing tennis since he was 4.

Entering the quarter finals by beating Dominic turns out to be a remarkable achievement for Tennys. Surely, he has never experienced fame of this sort.

Watch two competitors greeting each other. Has Dominic ever expected that a lesser known player like Tennys Sandgren can give him such a tough fight?

Tennys is also known as his frequent and controversial tweets. His twitter bio is quite interesting, “I write all tweets on a napkin to order my thought.. likes/rtwts are not endorsements.”

Tennys definitely likes to experiment with his looks. This beard and long hair fashion is quite different than his current appearance.

Tennys, now 26, is living his every moment under the spotlight! His immediate challenge would be to sustain it.

Watch his on court interview here -

"Our Door is Always Open to India": Australian Minister