Avengers: Infinity War and Bahubali 2: The Conclusion will be releasing in China in the early weeks of May, and according to experts this may lead to a box-office war between these two big screen smashers. 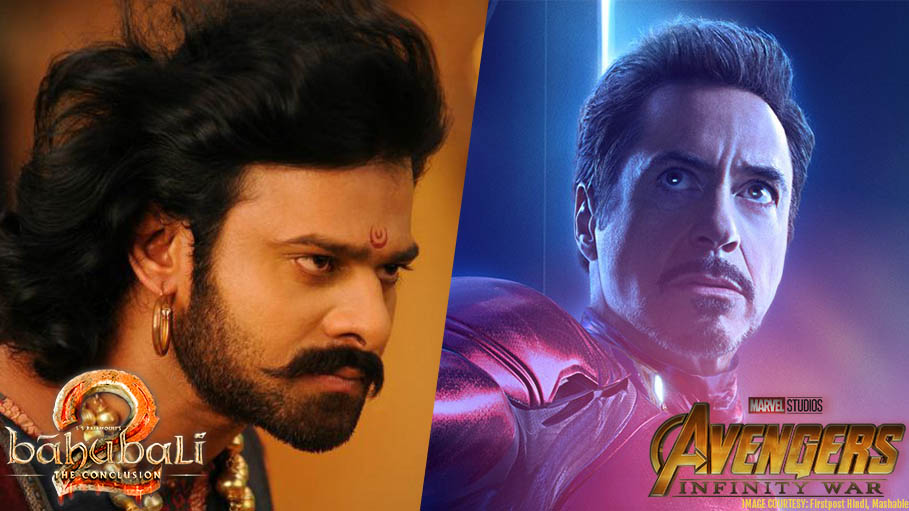 Avengers: Infinity War and Bahubali 2: The Conclusion will be releasing in China in the early weeks of May, and according to experts this may lead to a box-office war between these two big screen smashers.

A war is about strike between the East and the West. On one side a king will be fighting to win back his own kingdom, and on the other, the Avengers will show no mercy to whoever attempts to harm the residents of earth. And the good news is, China and its box-office are gonna have fun and munching over popcorn while the war is on.

‘Avengers: Infinity War’ that has released today in the US and other countries, will get its opening in China on May 11. This Hollywood superhero movie has already set a new record in its pre-release sale volume and is expected do remarkably well, globally. But wait, an Indian chart-topper is all set to release in China on May 4, and there are high possibilities that it’s going to give the American comic strip based film a tough competition.

‘Bahubali 2: The Conclusion’, released in India in 2017 crossed the $100 million mark pretty soon. Some are of the opinion, this sequel to the ‘Bahubali: The Beginning’ (2015) by S. S. Rajamouli can even beat Aamir Khan’s ‘Dangal’, another celebrated Indian film that opened in 9000 screens in China last years and made an envious collection that still holds it on top. Bahubali 2 is said to have the potential to become the highest earning Indian film, this year.

Another breathtaking sequel, ‘Avengers: Infinity War’ by Russo brothers has already garnered $39 million and predictions are, its gross collection may clash with that of ‘Star Wars: The Force Awakens’.

China, also known as the land of Dragons has nearly 50,000 screens across the country. Two such epic hits releasing within a week’s gap will definitely spark off a toe-to-toe fight, as similar releases in China have churned out lucrative take-home amounts, earlier.

Share your predictions on which film do you think will outshine another.