Baby Alexis Looks Adorable With Serena In These Instagram Shots

‘Tennis Star’ Serena Williams posted a photo of her five month old on Instagram. The picture shows Serena Williams gazing and smiling at her daughter Alexis Olympia with great compassion and love. 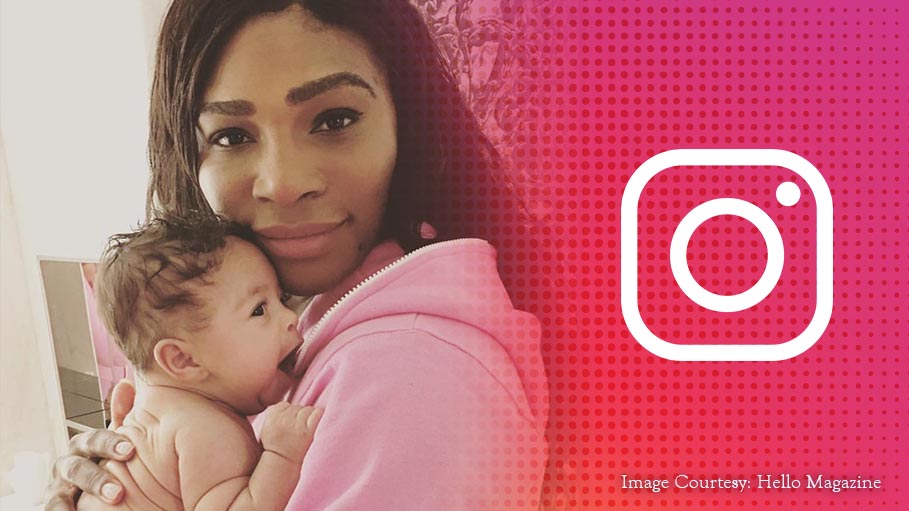 On Wednesday, ‘Tennis Star’ Serena Williams posted a photo of her five month old on Instagram. The picture shows Serena Williams gazing and smiling at her daughter Alexis Olympia with great compassion and love.  It was an amazing photograph capturing Serena’s motherly love for Alexis. The caption in the instagram photo read

A couple of days later, Serena Williams posted another photo with her baby making a funny face. She joked about the picture saying that her baby already feels embarrassed by her acts. She captioned the picture “She’s like ‘Mommmmmmmmmmm my friends are looking’ #freshfaces.”

The ‘Tennis Star’ admitted that raising her daughter hasn’t been easy for her. The journey had its highs and lows. There were times when she even broke down. In an interview with Vogue she stated

“Sometimes I get really down and feel like, man, I can’t do this,” It’s that same negative attitude I have on the court sometimes. I guess that’s just who I am. No one talks about the low moments ― the pressure you feel, the incredible letdown every time you hear the baby cry.” She confessed about being too emotional while raising Alexis Olympia. Anger, sadness, guilt have engulfed her, at times. She says that the emotions are insane.

Serena Williams also confessed that she was a victim of several health problems after her daughter was born. The conditions were so serious that she almost lost her life. Soon after giving birth, small blood clots were discovered in Serena’s lungs.

A pulmonary embolism caused bouts of coughing that caused the caesarean wound to re-open. She was also bedridden for six weeks when the Doctors discovered a large Hematoma.

The good news is that the mother and child have overcome these challenges and difficult situations, in which they were unexpectedly thrown into. The bond, now seems to be stronger than ever. These cute Instagram pictures are living proof.  The lovely mother- daughter duo were also featured in the February issue of Vogue magazine.