Beyonce, Eminem,The Weekend and Many More to Rock Coachella 2018 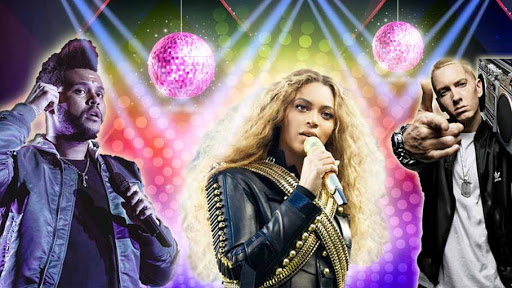 What a great start to the New Year for the music lovers as the performances lineup been announced on 2nd January for the 19th annual legendary music extravaganza that will happen for two weekends in April in California. Goldenvoice presenting this year's Coachella Valley Music and Arts Festival in Indio, California in sponsor with Empire Polo Club.

Coachella 2018 lineup announced yesterday made all the music lovers especially the Beyonce's fans go crazy as she headlined to make a great come back to festival this year. She had to postpone her performance last year due to her pregnancy to this year making her presence more beautiful. This year Grammy Award winner Eminem will also make his debut at this festival making this year's festival more than special. Eminem also appeared on the main stage before in 2012 as a surprise guest of Dr. Dre. Apart from Beyonce and Eminem, one could find The Weekend performing again this year rocking the stage on the very first day on Friday, 13th April.

After the performances lineup came on Tuesday evening on Twitter, the Coachella website almost get hanged and seemed to take a long time to load. According to the website, Coachella 2018 tickets will flash for sale on Friday, Jan. 5 at 12 p.m. PST. Instructions for how to purchase tickets is available at that link.

The desert festival, which grossed a record-breaking $114 million last year, expecting to break its own record having Beyonce and Eminem on board this time. This year, the festival hosts a diverse selection of artists and genres starting from fan-favourites The Weekend, Beyonce and Eminem to noteworthy names including SZA and Miguel. Supporting acts like Tyler, the Creator, Cardi B and Post Malone converts this year's lineup to more rap and hip hop-centric and diverted its taste from the indie artist and rock band reunification headliner bequest the event has built on the last 19 years. One could find the Entire Lineup on Coachella’s official website. Even though you have to zoom in to see all the artists names listed on Coachella's 2018 lineup as can be seen below.

Just like last year’s, the festival is continuing their three-day weekend this year too ranging from April 13-15 to April 20-22. Weekend One runs April 13-15 with the stage-breaking performances from The Weekend, Beyonce and Eminem simultaneously while Weekend Two does it all over again, running April 20 through 22.

How interesting it would be to see The Weekend performing on the weekend?Lolz.

Jokes apart, among the many new faces this time and all time favorites, Beyonce will remain the center of attraction for all the people gathering for the festival. Straight from the day of announcement of her inclusion in the lineup, Twitter has gone crazy about it. Beyonce's fans are fully pumped up on her comeback and tweeting showing their love and respect to her. Let's have a look at some of the tweets:

So with it's this year's lineup, Coachella has given people a reason to cherish in 2018. Beyonce's performance being the cherry on the cake has left people eagerly waiting for this festival. So finger-crossed for the festival and with a hope that this year gonna be the most melodious one ever, let the countdown to the festival begin.