President Joe Biden said Thursday he would be happy if his 2024 re-election bid turns out to be a re-run of the 2020 matchup against Donald Trump. 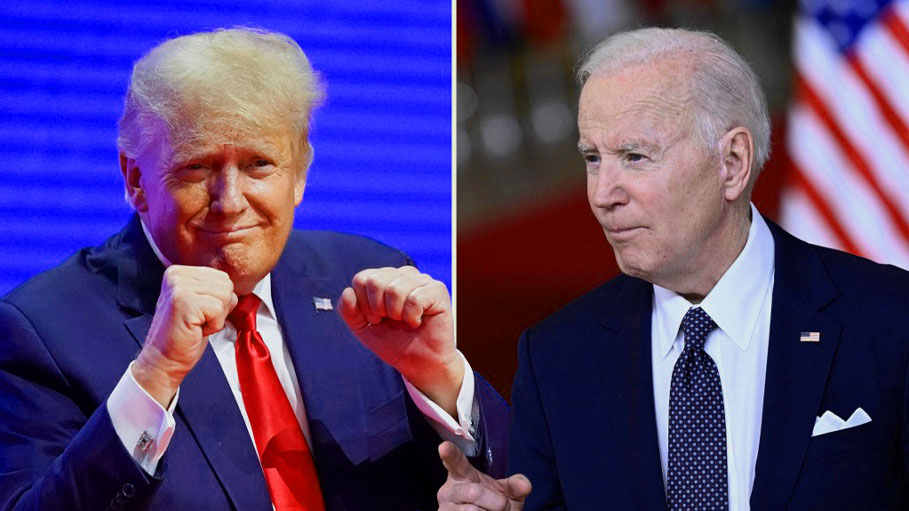 Brussels: President Joe Biden said Thursday he would be happy if his 2024 re-election bid turns out to be a re-run of the 2020 matchup against Donald Trump.

In "the next election, I'd be very fortunate if I had that same man running against me," Biden told reporters while attending NATO and G7 summits in Brussels.

Biden seldom talks about his prospects for a second term and there has been speculation that he will not run at all. He would be 81 during the election and 86 at the end of his presidency, if re-elected.

However, when asked in a press conference about prospects that someone like Trump could replace him in two years, Biden indicated that this was exactly the scenario motivating him to remain in office.

Trump, who lost in 2020 after just one term, has campaigned ever since on the lie that he won and has made no secret that he would like to return to the White House.

Biden referred to the January 6 riot last year by Trump supporters storming Congress after the defeated president told them that the election had been stolen.

Biden also referred to the incident he has often named as the reason he came out of retirement to enter the 2020 race in the first place -- a 2017 white supremacist rally and counter-demonstration in Virginia where one protester was killed and Trump said there were "very fine people on both sides."

Biden is languishing in the polls as decades-high inflation eats into his job approval and his promise to heal severe political polarisation in the United States falls flat.

His Democratic party faces an uphill struggle to retain control of Congress in this November's midterm elections.