The crowd was waiting for MS Dhoni, who finally appeared at number 7. The only possible explanation was that the team was banking on him to take it deep and achieve the target, which also happened to be his 350th ODI 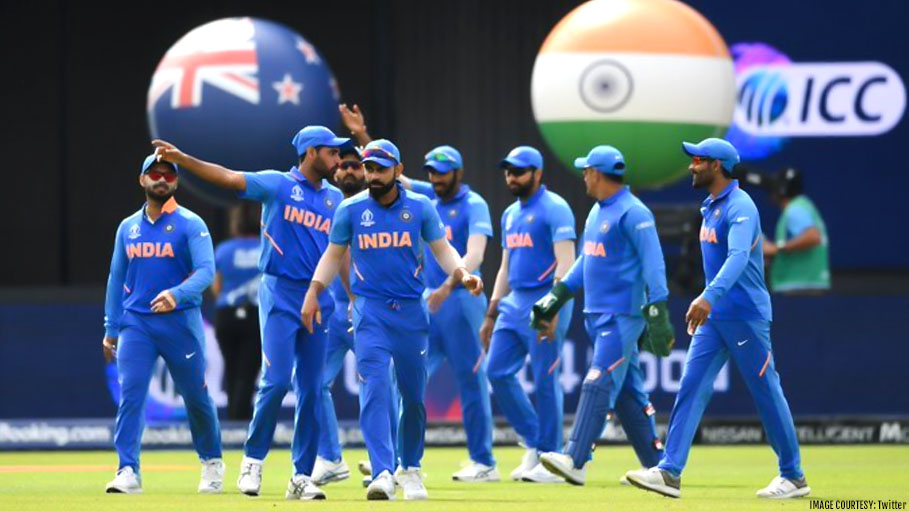 New Zealand defeated India by 18 runs in the semi-final of the World Cup 2019 at Old Trafford in Manchester. Now, with the win, New Zealand team has booked its place in the final of World Cup 2019, while India is getting ready to be back home.

Chasing 240 for a place in the final though was not difficult for India, but the team was off to a horrific start as they lost top three batsmen of the team within starting four overs. On the last ball of the 10th over, Matt Henry also dismissed Dinesh Karthik with the catch by James Neesham. Matt Henry proved to be the right pick from amongst the bowlers of New Zealand. He completed his 10 overs with 3 wickets giving only 37 runs.

The match started with Kane Williamson winning the toss and decided to bat. New Zealand was battling but when their captain Kane Williamson and Ross Taylor took over the reign, taking the score of the team to a fighting total of 239 for eight wickets.

Meanwhile, for India, Bhuvneshwar Kumar was clinical with the ball, who took three wickets giving only 43 runs in his 10 over spell. On the other hand, Jasprit Bumrah, Yuzvendra Chahal, Hardik Pandya and Ravindra Jadeja all picked up one wicket each.

In the second inning, Indian team found out that it is not always favorable, confronted with a moving ball and bowlers who had the skill to exploit the conditions, as the fabled top order froze. However, a late fight back, turned out to be a thriller for the one-sided match, thereby making way for the Kiwis to enter their second consecutive World Cup final while India from bowing out at the semifinal stage for the second straight time.

Trent Boult put Indian skipper Virat Kohli, who is also the world’s top-ranked ODI and Test batsman, through a swing bowling master class. After moving a series of deliveries away from him, Boult brought one in back. India retained the review, but unfortunately not the wicket. Followed by the wicket of KL Rahul and Dinesh Karthik. The Power Play ended with India scoring only 24/4, the lowest score in the first 10 overs in this tournament.

The crowd was waiting for MS Dhoni, who finally appeared at number 7. The only possible explanation was that the team was banking on him to take it deep and achieve the target, which also happened to be his 350th ODI. Though it was a tailor-made situation for Dhoni, he needed someone to bat with him.

Ravindra Jadeja entered the scene. The partnership went well as Jadeja was successful in achieving 77 off 59 balls, which also includes four sixes. But then the team needed 32 runs out of 14 balls to win the match. Jadeja, left with no option but to swing at everything, which proved havoc as at the ball of Boult and the ice cool catch by Williamson, settled the game for everyone. Dashing millions of hopes to despair.

Then Dhoni had hit just one boundary while scrapping his way to 43. He lashed out, hitting a six as Indian hopes soared again. But then Martin Guptill, ending all hopes for India, ran out MS Dhoni.

Now, the next semi-final will be played at Edgbaston in Birmingham on Thursday between Australia and England. The winner of that match will play with New Zealand at the Lord’s on Sunday in the final.