Susan- the bride who wanted an extravagant wedding asked for monetary help from guests. On not getting that she refused to get married. 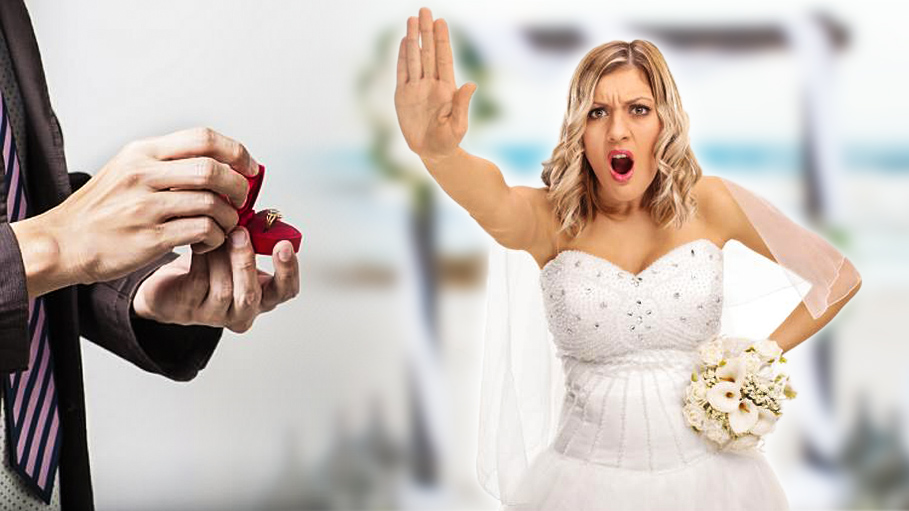 Women are known for being excited about their big dream since childhood. They have plans how they will look and how their prince charming will swoon them off their feet with all the happiness and love. Such stories are plenty in number when it comes to fairy tales. The entertainment business has also given us stories of runaway brides. Such unique is the story of Susan- the Canadian bride who called off her marriage recently. Some are giving her names like “bridezillas”. The name came from the concept where women are morphed into monsters who shadows their own perfect wedding arrangement.

Such rant came into the limelight when Susan shared a long post on Facebook explaining why she was compelled to cancel the wedding just four days before the main event. She had planned a lavish wedding which she canceled in such a short notice. Till now the post is under talks as there is no veracity of the words posted on Facebook. The details of the reason sighted are somewhat absurd as per experts. The reason sited there was that the guests refused to pay $1500 to attend the wedding and that was the reason for the call off. Surely, now you know why the reason is stated as bizarre.

Susan mentioned that she specifically wanted a cash gift for her wedding. She said that a dream wedding is only possible when there is a proper funding. And in this case, she said she had made several sacrifices and this amount was expected from each of the guests. She informed that few of the guests at the first point agreed in giving that amount of wedding, but later they refused and backed off from their promise.

Now she is popular in the social media for her wedding cancellation vows and people are referring to her as “Canadian Susan”. She describes her relationship as dreamlike and that is not less than any fairy tale. She has a son and the couple had planned to get married in an extravagant way. The location was in Aruba. The couple consulted a psychic before they planned for the event and all were planned as per the psychic suggestions. But the real problem was the financial crunch. They only had $15,000 that they could use at the wedding. The wedding cost was total $60,000 and for that, they wanted the help from the guests. She made a pitch of $1,500 which she clearly mentioned to the guests.

The couple informed that after they sent out their invitation cards with the pitches, some of them returned with the cheques. At the first time, only invitations and the cheques were received by the couple. The invitation when not accepted at the first place, Susan returned back to the guests with another plea. She said that she was in dire need of the money and left no way to try. She informed that people agreed but later one backed out one by one. Susan’s maid of honor agreed to give $5000 but even she backed out.

Susan said that the journey to arrange the money for the wedding was too difficult. She has been through a nightmare collecting that money. The couple even tried for GoFundMe. But she informed that the money that they got from it was too less. It was just $250 dollars.

The bride said that his fiancée suggested dropping the plan of getting the extravagant wedding in Aruba and rather plan for something simple in Las Vegas. But, Susan had dreams of a “Kardashian” wedding. The Las Vegas plan was nowhere close to that dream wedding. That is when Susan decided to quit the wedding plans.

Susan’s cousin expressed her concern about the cancellation of the wedding. She informed that Susan was more of a social media person and she was obsessed with the glam and glitz. She was highly influenced by Kylie Jenner and the Kardashians and that made her make a plan of such an extravagant wedding. She had grown up on a farm in a simple way but later as she grew up she developed such interests.

About the post that she posted on Facebook, her cousin commented that the post might have been posted in a state of intoxication. She said,” “I also have a feeling that she may have been drinking alcohol while writing this status on Facebook, it’s especially vulgar as well as incredibly embarrassing. It was only up for maybe 15 minutes when she kept the post after which she put the post down from Facebook.”

Whatever the reason might be, the fact is that the social media influence is high on commoners. People are not just following the celebs but are trying to implement their lifestyle and that is being a great clash with the reality.

SEE ALSO:
Meghan Markle Is Not the “Right Woman” for Prince Harry, Says Her Half-Brother in an Open Letter