The Cathay Pacific Group is experiencing a phase of unprecedented growth, with nine new destinations having already been announced for launch in the current year itself. 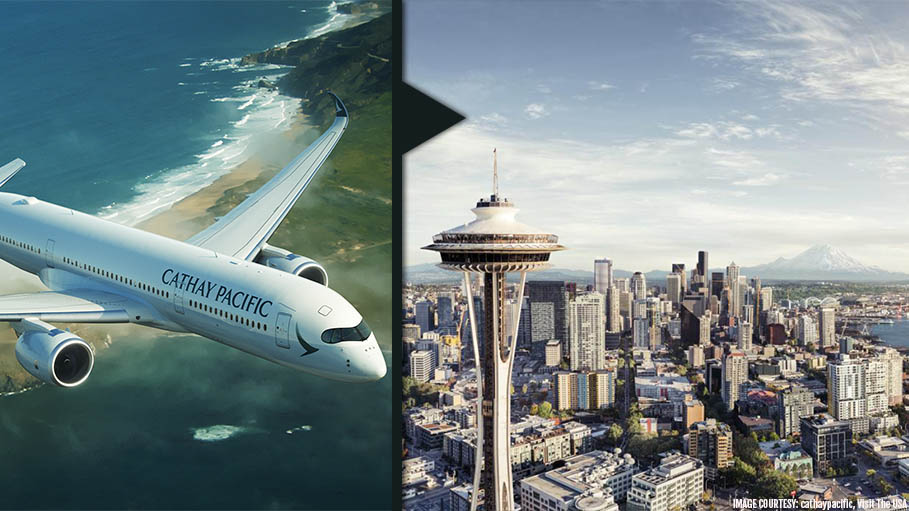 Cathay Pacific will commence a new non-stop service to Seattle on March 31, 2019, becoming the only airline that will directly link Hong Kong with the fastest-growing city on the west coast of the United States.

The Seattle route, which will be operated by the airline’s state-of-the-art Airbus A350-900 aircraft, underscores the airline’s expansion strategy to connect new destinations, which are not otherwise served from Hong Kong. It is also keen on linking its home, one of the most innovative cities in Asia, with tech hubs the world over, said Rupert Hogg, CEO, Cathay Pacific.

The Cathay Pacific Group is experiencing a phase of unprecedented growth, with nine new destinations having already been announced for launch in the current year itself.

Hogg said that the airline was very pleased to introduce Seattle and to provide more convenience and choice to our customers. There are strong business, trade and cultural ties between Hong Kong and the city and we believe there will be considerable demand for both business and leisure travel on this new route. We have developed a significant presence in the US and the launch of Seattle reaffirms our commitment to the important North American market. It also promises to strengthen Hong Kong’s status as Asia’s largest international aviation hub.”

The airline’s customers will enjoy a superior experience when they fly between Hong Kong and Seattle. Cathay Pacific’s A350-900s are amongst the quietest and most environment-friendly aircraft in the sky and are equipped with comfortable seating, an enhanced in-flight entertainment system and Wi-Fi connectivity across Business, Premium Economy and Economy classes.

Seattle is the fourth largest export market in the United States and a thriving tech hub, home to a burgeoning startup scene. Megabrands Amazon, Microsoft and Starbucks are all headquartered here, while Boeing, the world’s largest aerospace company, is synonymous with the city and has its commercial aircraft manufacturing base in nearby Everett.

In terms of tourism, Seattle, also known as “The Emerald City” for its year-round greenery, delights even the most discerning traveller. Lovers of the great outdoors will find inspiration in the beautiful hiking trails that are a feature of this city of nearly three quarters of a million residents, while magnificent views of Puget Sound, Lake Washington and Mount Rainier await those who visit the observation deck atop Seattle’s iconic Space Needle, the setting for many romantic movie scenes.

The city is celebrated for its quality dining options, with fresh seafood the cuisine of choice in its vibrant Pike Place Market community in the heart of downtown. There are also museums and attractions aplenty, with the Seattle Children’s Museum, the Woodland Park Zoo, the Seattle Aquarium and the city’s famous Museum of Flight providing great days out for all the family.