China on Wednesday announced military drills around Taiwan, days after US President Joe Biden said Washington would intervene militarily if Beijing tried to reunify with the island by force. 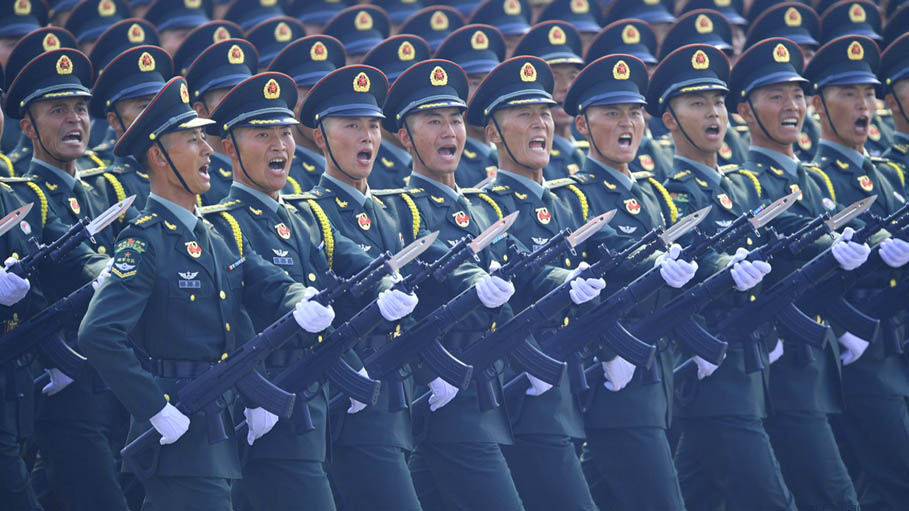 Beijing: China on Wednesday announced military drills around Taiwan, days after US President Joe Biden said Washington would intervene militarily if Beijing tried to reunify with the island by force.

China continues to regard Taiwan as its province even after decades of separate governance. Chinese President Xi Jinping even threatened to take the island, if needed.

"The recent patrol and training exercises by the People's Liberation Army (PLA) around the Taiwan Island were necessary actions against the collusion between Taiwan and the United States," a Chinese defence spokesperson was quoted as saying by Xinhua on Wednesday.

Tan Kefei, the spokesperson for the Ministry of National Defense, said that the PLA Eastern Theater Command had recently organized a joint war-preparedness alert patrol and combat training exercises involving troops of multiple services and arms in the waters and airspace around the Taiwan Island.

"These are necessary actions taken targeting the collusion between Taiwan and the United States, and conforming to the need of safeguarding national sovereignty and territorial integrity," Tan said.

Seeking "Taiwan independence" is doomed to fail, and so is supporting such actions, Tan said, adding that by playing the "Taiwan card" to contain China, the United States is putting the situation in jeopardy.

The PLA is on high alert and ready to take all necessary measures to resolutely thwart any external forces' interference and secessionist attempts for "Taiwan independence," he added.

This strong reaction from China comes after Biden on Monday said that Washington is ready to get involved militarily to defend Taiwan in the event of invasion.

Biden met with Prime Minister Kishida Fumio of Japan on Monday to advance cooperation on a range of bilateral, regional, and global issues.

During a joint press conference with the Japanese PM, Biden reaffirmed Washington's commitment to ensuring the security of the Taiwan Strait and preventing any change in the status quo unilaterally.

When asked whether the US is ready to get involved militarily to defend Taiwan, he replied in the affirmative, adding that this is the commitment that the US has taken on.

"We remain committed to supporting peace and stability in Taiwan Strait. The US stands firmly with Japan and other nations not to let that happen (China taking over Taiwan)," he said.