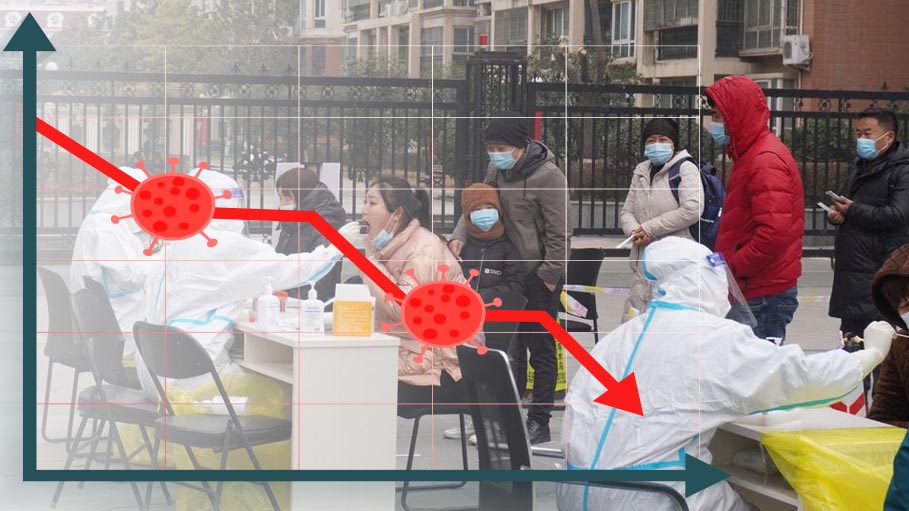 This marks the fourth consecutive day of decline in local symptomatic cases, with the lowest daily case load since Nov. 29.

The central province Henan and the northern city of Tianjin, two areas that have detected most of China's local cases in the past 10 days, each reported fewer than 10 local confirmed infections for Thursday.

The capital, Beijing, reported five, a slightly up from three a day earlier. The southern city of Zhuhai and Xian in the northwestern also reported a handful of new local cases.

China reported for Thursday two new domestically transmitted asymptomatic cases, which it classifies separately from confirmed cases, in the southwestern province of Yunnan.

There were no new deaths, leaving the death toll at 4,636. As of Jan. 20, mainland China had 105,484 confirmed symptomatic cases, including both local ones and those arriving from abroad.