End of whitewash! Disney has starcasted this Chinese beauty for its Live Action presentation of Mulan. 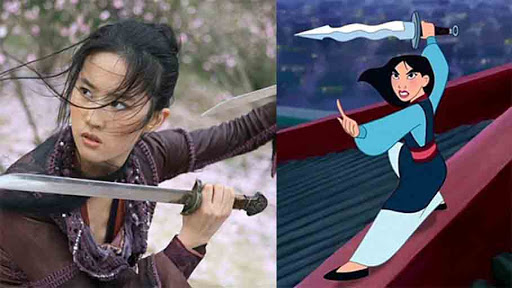 It seems, this is the end of whitewashing! A Chinese actress has been confirmed to play the lead role in the live action adaptation of Disney’s Mulan.

Liu Yifei, also known as Crystal Liu, has bagged the film, though the task was not much easy. After a worldwide audition of nearly 1,000 candidates, the 30-year-old beauty was selected as the star cast.

This decision of choosing an Asian personality for the lead role has been highly applauded on social media, especially on Twitter. The studio was highly criticised when Billy Magnussen was added as a new character in Aladdin.

me? im tight as FUCK@VancityReynIds

This new character for #aladdin makes me sad to be white, the Aladdin world has no white people sorry but we don't need to be in everything

We have our Chinese Mulan!

my favorite chinese actress as my favorite Disney princess. awesooome

So far, Liu has starred only in Chinese films and the world is yet to explore this Chinese beauty quotient. She is fluent in English and has spent part of her adolescence in New York City. She has appeared with Jackie Chan in The Forbidden Kingdom, and in Outcast with Nicolas Cage.