Comedy Drama ‘Cirkus’ Takes Us Back to The Sixties; Official Trailer Releases on 23 December

The official trailer of the comedy drama ‘Cirkus’ will be released in a few days. Audiences however managed to catch a glimpse of the film in a teaser. 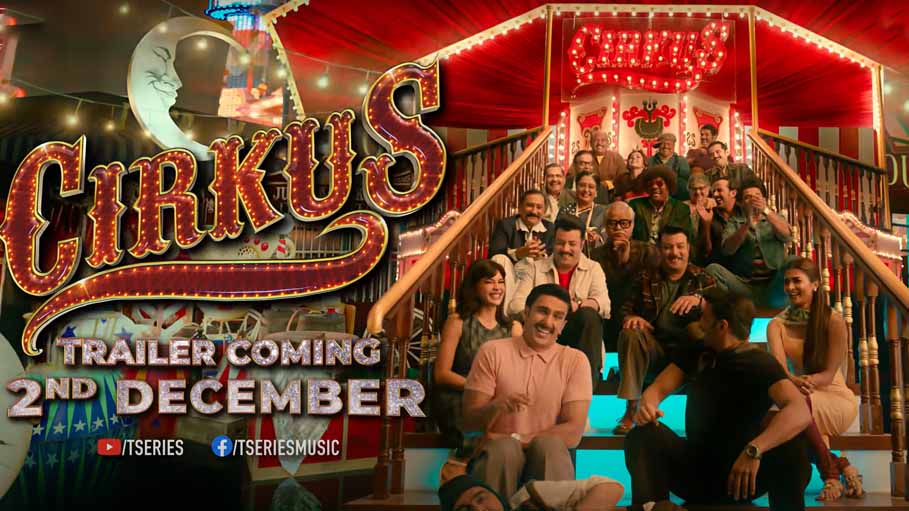 The official trailer of the comedy drama ‘Cirkus’ will be released in a few days. Audiences however managed to catch a glimpse of the film in a teaser.

‘Cirkus’ is an adaptation of William Shakespeare’s ‘A comedy of Errors’ and it takes you back to the sixties.

The teaser is warm and entertaining for sure and promises to be a roller-coaster ride.

The group of people discuss how simple life was in the sixties. They speak about the good old days when children asked their grandparents questions instead of googling them.

A time when there was news and no “Breaking News.”

Children slept listening to “lories”(lullabies) and not by watching someone’s stories on social media platforms.

It was a time when parents’ love was more important than social media likes.

Ranveer Singh tells the audience that ‘Cirkus’ is a story about an era when life was simple. The film emphasises on things that matter the most in life.

The theme of the movie is interesting and will probably make us reflect on many aspects of our life today.

The actors can be seen donning colourful ensembles and sporting iconic hairstyles of the sixties.

Witnessing Ranveer’s perfect comic timing in his previous movies, we are expecting some amazing light hearted moments in this flick too.

The movie is directed by Rohit Shetty and jointly produced by T-Series, Reliance Entertainment and Rohit Shetty Picture.

The official trailer of Cirkus will be released on 2 December while the comedy drama is scheduled for a worldwide theatrical release on December 23.