Apple has notified iCloud users in mainland China that starting next month, the iPhone maker will transfer operations of its cloud storage service to the local firm Guizhou on the Cloud Big Data 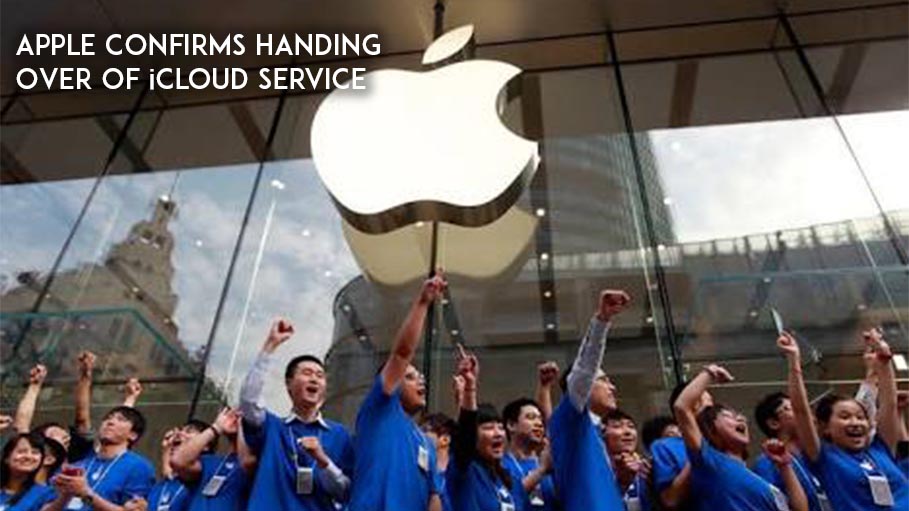 Apple has notified iCloud users in mainland China that starting next month, the iPhone maker will transfer operations of its cloud storage service to the local firm Guizhou on the Cloud Big Data (GCBD) to facilitate data stored domestically in China. Guizhou is where Apple opened a $1bn (£738m) data centre last year to meet the regulations. The company is complying with a law implemented in 2017 that governs how foreign tech companies can operate in China as tensions increase between Washington and Beijing over cross-border technology deals.

Apple’s Confirmation to Hand Over Data to GCBD

Apple confirmed that starting late February, iCloud data generated from users with a mainland Chinese account will be stored and managed by data management firm Guizhou-Cloud Big Data (GCBD). This will serve as a basis of Regulatory Compliance by Apple with the Chinese Government regulations. Apple and GCBD announced their partnership to open a data center in July 2017.“With effect from 28 February 2018, iCloud services associated with your Apple ID will be operated by GCBD,” the email reads. “Use of these services and all the data you store with iCloud—including photos, videos, documents, and backups—will be subject to the Terms and Conditions of iCloud operated by GCBD.”What’s going to Change for users?

A quick comparison between the new and old Terms and Conditions for iCloud in China reveals they don’t differ much, except for the addition of one paragraph, which goes as follows:

If you understand and agree, Apple and GCBD have the right to access your data stored on its servers. This includes permission sharing, exchange, and disclosure of all user data (including content) according to the application of the law.As reported by state media outlet People’s Daily, GCBD is a data storage company established in 2014 by the local government of Guizhou province in southern China. By moving data from its mainland Chinese users to a place inside the country’s borders, Apple is complying with China’s Cybersecurity Law. The vague, sweeping policy which went into effect in 2017 requires foreign companies to store all of the data they generate from China within the country's (China’s) borders.That creates logistical issues for foreign companies as well as issues regarding user privacy and surveillance. The Chinese government and its domestic companies have an established track record (paywalls) of taking data shared on social media—including private chats—and punishing individuals for spreading information which they consider critical for them. GCBD’s ties to the state only reduces the discretion Apple would have, in case a government body demands it hand over iCloud user data.Apple’s Stand and the Impact

Apple said in a statement that the transfer “will allow us improve the speed and reliability of our iCloud services products while also complying with newly passed regulations that cloud services be operated by Chinese companies.”“Because of our commitment to transparency, there will be a series of customer communications over the course of the next seven weeks to make sure customers are well informed of the coming changes. Apple has strong data privacy and security protections in place and no backdoors will be created into any of our systems,” it added.Apple’s notification comes in the midst of a chill between the US and China. Last week Alibaba payments affiliate Ant Financial confirmed that its attempt to acquire US-based remittance company MoneyGram had fizzled, due to regulatory concerns from Washington DC. The Wall Street Journal reported that Shenzhen phone maker Huawei’s deal with AT&T to sell its devices faltered for similar reasons.

Users usually use iCloud to store data such as documents and photographs. The move comes after the company was criticised by some last year for removing VPNs (Virtual Private Networks) from its App Store in mainland China, software that allowed users to get round government restrictions on internet access. Apple having so much of its business, both in sales as well as manufacturing in China, it has stayed on Beijing’s good side, else it had the risk of losing market access and the price is apparently the privacy of its users. The step certainly gives China an edge to monitor its citizens and others living in the country.

It will be interesting to watch what happens to Google’s Research Centre in Beijing, will it go the Apple way?
SEE ALSO:
Top Trending Features Expected in Smartphones in 2018 - Cameras and Chipsets Powered with Artificial Intelligence