Cops on School Shooting: Shouldn't Have Waited to Take down the Gunman

Texas Department of Public Safety Director Steven McCraw said in "hindsight" it was the wrong decision for police not to immediately breach the Uvalde classroom. 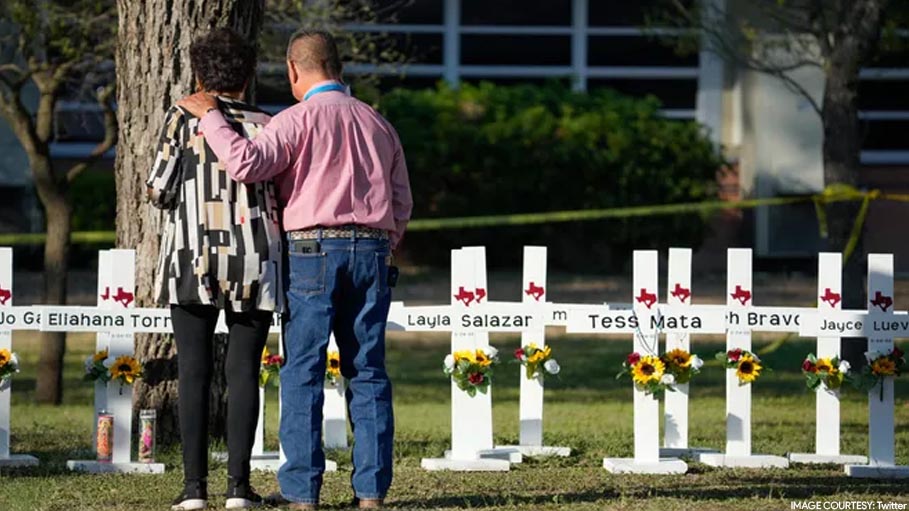 Uvalde. United States: The Texas head of public safety said Friday that in "hindsight" it was the wrong decision for police not to immediately breach the Uvalde classroom where a gunman ultimately shot dead 19 children and two teachers.

"From the benefit of hindsight... it was the wrong decision, period," Texas Department of Public Safety Director Steven McCraw told a news conference at which he was assailed by questions over why police waited for tactical backup before going in.

"From what we know, we believe there should have been an entry as soon as you can," McCraw said, adding: "If I thought it would help, I'd apologize."

Police in the Texas town has come under angry criticism since Tuesday's tragedy over why it took an hour to neutralize the gunman -- who was barricaded inside a classroom at Robb Elementary School.

Fielding a flurry of shouted questions during an intense briefing in Uvalde, McCraw sought once again to explain the sequence of events.

He said the on-scene commander believed at the time the suspect, 18-year-old Salvador Ramos, was barricaded alone in the classroom -- and that the gunman's initial shooting spree had left no survivors.

"I'm not defending anything, but you go back in the timeline, there was a barrage, hundreds of rounds were pumped in in four minutes, okay, into those two classrooms," McCraw said.

"Any firing afterward was sporadic and it was at the door. So the belief is that there may not be anybody living anymore and that the subject is now trying to keep law enforcement at bay or entice them to come into suicide by contact."

McCraw separately told reporters, however, that a 911 call received at 12:16 pm -- one of several made from inside the classroom -- reported eight or nine children still alive.

The door was eventually breached at 12:50 pm.

SEE ALSO:
Cops Waited for over an Hour as Gunman Kept Firing in Texas School