CRON’s disruptive push to develop state-of-the-art intrusion detection systems, at a fraction of the cost compared to other companies in this space, is just one of the reasons why global giant Quanergy is looking to join forces with this startup. 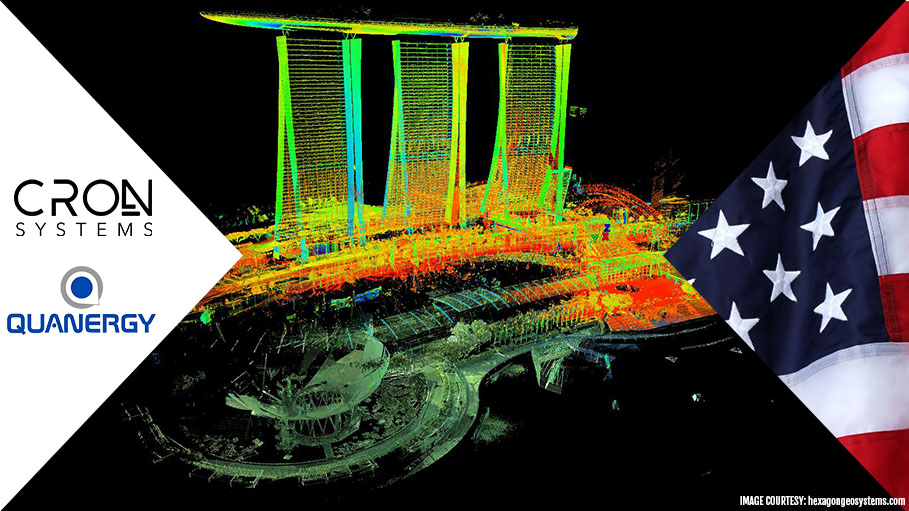 CRON Systems, the defence technology startup signed a memorandum of understanding (MoU) for a strategic collaboration to upgrade detection features of its advanced ‘Kavach’ series for Indian armed forces and perimeter security with the US-based Quanergy Systems Inc., a global leader in the design and development of light detection and ranging (LiDAR) sensors and smart sensing solutions. CRON Systems, which has been working with Indian armed forces for perimeter security, will now team up with Quanergy to provide cutting-edge perimeter security to Indian forces. This could become a game changer for dealing with insurgency and illegal immigration.

CRON’s disruptive push to develop state-of-the-art intrusion detection systems, at a fraction of the cost compared to other companies in this space, is just one of the reasons why global giant Quanergy is looking to join forces with this startup. Through this strategic tie-up, Quanergy will provide its LiDAR-based security platform which will be integrated into CRON System’s “Kavach Z” series to bolster its technology.

Tushar Chhabra, co-founder & CEO CRON Systems, said that Quanergy is a global leader when it comes to LiDAR technology and this will be crucial for our upcoming Kavach Z series. Kavach Z has been designed understanding the complexities of the high altitude installations for proven capabilities for the Indo-Pak border in Kashmir. This tie-up will be a massive leap for both Quanergy and CRON. It will create a unique product that will be a prerequisite for all PIDS (Perimeter Intrusion Detection System) requirements. The system now has the capability to not just ‘detect’ but also ‘classify’ and ‘track’ threats around perimeters.

While LiDAR is most commonly known for its use in autonomous vehicles, it is also an efficient and powerful tool for securing vulnerable perimeters, said Dr. Louay Eldada, CEO and co-founder of Quanergy. Its LiDAR technology integrated with CRON’s Kavach product provides a full-scale, cost-effective and efficient perimeter security solution, he said.

Built using CRON Smart Fusion technology, Kavach Z is an advanced all-weather, all-terrain intrusion detection product that provides complete situational awareness for any perimeter. Quanergy’s LiDAR technology will provide Kavach Z with the ability to see’ ahead of the perimeter boundary. One single unit of Kavach Z will allow the forces to secure a radius of 200 meters within which any intrusive movement will be detected. Quanergy’s remarkable LiDAR system enables an unlimited number of devices to be linked together, securing a perimeter of any size.