South Africa were on the wrong end of a "hammering" against rampant top-ranked Australia on Thursday, losing the second Test by 182 runs and with it the series. 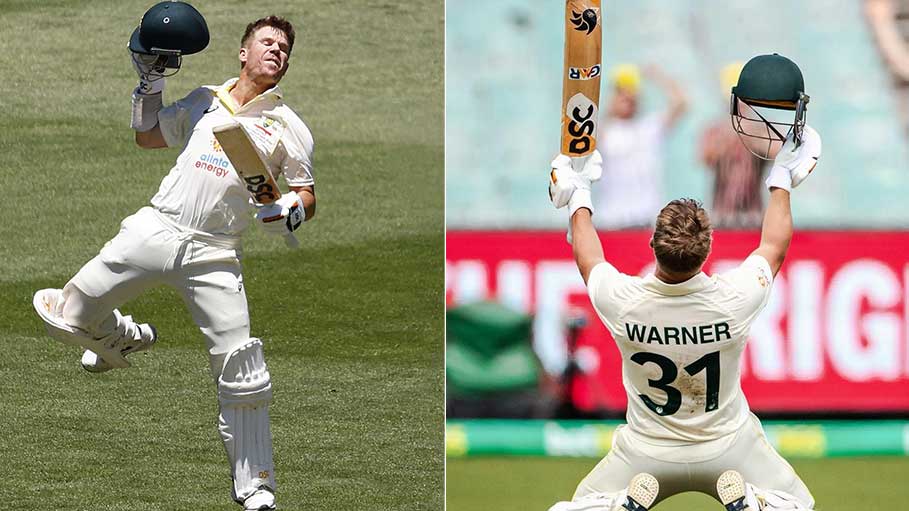 South Africa were on the wrong end of a "hammering" against rampant top-ranked Australia on Thursday, losing the second Test by 182 runs and with it the series. The loss capped a dismal first two Tests for the visitors who slumped by six wickets in the opener at Brisbane inside two days, with a potential face-saving third match at Sydney still to play. "It is not easy at the moment. That was bit of a hammering," Proteas skipper Dean Elgar said.

Australia declared on Wednesday at 575-8 built on the back of man-of-the-match Warner's 200 and a gutsy 85 from Steve Smith in searing heat, in reply to South Africa's first innings 189, and then took complete control with the ball.

South Africa resumed day four on 15-1 after Elgar went for a duck before rain halted play early on Wednesday.

But their resistance didn't last long with three wickets falling before lunch at the Melbourne Cricket Ground and the rest in the second session as they succumbed for 204.

Temba Bavuma top-scored with 65 while Nathan Lyon took 3-58 in a depleted, injury-hit, attack.

"The win is right up there. We have had a number of great contests against South Africa over the years. It's really sweet and something to be proud of," said Australian skipper Pat Cummins.

"I thought how Warner and Smith batted in the heat was pretty gutsy. (Mitchell) Starc and (Cameron) Green as well, put their injuries behind them and turned up."

It leaves South Africa facing a trip to Sydney next week for the final Test with only pride to play for and potentially some changes to a batting line up that has largely failed to fire.

"We have got to do a lot of reflection going ahead once again. There are a few positives coming out of this Test but not a lot," Elgar said.

"There's lot to play for (in Sydney), South Africa are a proud cricketing nation and 2-1 sounds a lot better than 3-0," he added.

Australia will have a new-look team with Green and Starc already ruled out with finger injuries as they race the clock to be ready for a blockbuster series in India in February.

Josh Hazlewood is set to return for Starc after recovering from a side strain, with Green's replacement to be decided.

The wickets fell despite the hosts' attack being depleted, with Green, who took 5-27 in their first innings, not bowling due to a fractured finger.

Theunis de Bruyn (28), Sarel Erwee (21) and Khaya Zondo (one) all departed before lunch at the hands of Australia's high-class pace attack.

Then the spin of Nathan Lyon, and two careless run outs, ended any hope they had in the second session.

Starc was also nursing a bruised and bloodied finger, but he played through the pain and his sheer pace caused plenty of problems.

Erwee, who resumed on seven, hit a superb drive for four off him as his confidence grew, but Starc quickly got his revenge, trapping him lbw with a cracking yorker.

De Bruyn began on six and built up to 28, but he soon followed his teammate back to the pavilion.

This time Scott Boland did the damage, enticing an edge that was taken by the ever-reliable Smith in the slips for his 150th catch. He is 14th on the all-time list, led by Indian great Rahul Dravid's 210.

South Africa were under the pump and needed to dig in, but Bavuma inexplicably attempted a single from Cummins and Khaya Zondo was easily run out by a Travis Head underarm throw.

It left them teetering at 65-4 before Bavuma and Kyle Verreynne knuckled down.

But Boland struck again soon after lunch with Verreynne, one of their best batsmen this series, out lbw for 33.

Lyon's spin removed Marco Jansen before another disastrous run out involving Bavuma, with Keshav Maharaj out after a confusing mix-up and Starc made a direct hit.

More weak dismissals by Lyon and a rare wicket for Smith ended the match.