Deepika Padukone to be Part of The Cannes Film Festival Jury

Actress Deepika Padukone has been chosen to be part of the prestigious jury of the 75th edition of the Cannes Film Festival. 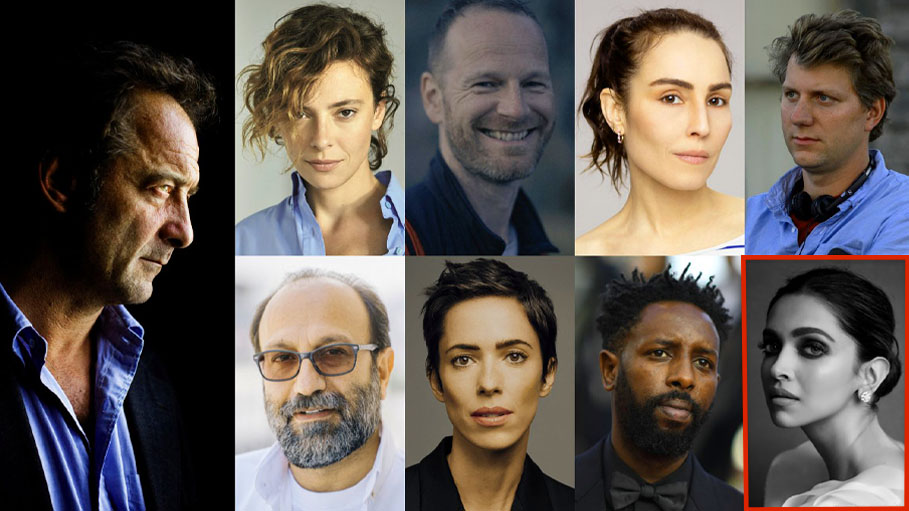 Actress Deepika Padukone has been chosen to be part of the prestigious jury of the 75th edition of the Cannes Film Festival.

Deepika will be part of an eight member jury which will present one of the 21 films with the coveted Palme d'Or on May 28.

The upcoming film festival is scheduled to take place from 17 to 28 May 2022.

The actress will be rubbing shoulders with big names such as actor-filmmaker Rebecca Hall and Iranian filmmaker Asghar Farhadi. Some of the other members of the jury include Swedish actor Noomi Rapace, Italian actor-director Jasmine Trinca, French filmmaker-actor Ladj Ly, filmmaker Jeff Nichols and director-screenwriter Joachim Trier from Norway. French actor Vincent Lindon will be the President of the jury. “It is a great honour and source of pride to be entrusted, in the midst of the tumult of all the events we are going through in the world, with the splendid, weighty task of chairing the Jury of the 75th International Cannes Film Festival”, Lindon said.

“With my jury, we will strive to take the best possible care of the films of the future, all of which carry the same secret hope of courage, loyalty, and freedom, with a mission to move the greatest number of women and men by speaking to them of their common wounds and joys. Culture helps the human soul to rise and hope for tomorrow,” he further added.

From modelling to joining Indian movies followed by an international project to becoming a recognized Cannes jury member, Deepika has indeed come a long way.

From playing Ranbir Kapoor’s love interest in ‘Bachna AeHaseeno’ to portraying Rani Padmavati in ‘Padmavat’, Deepika has effortlessly established herself as one of the most prominent and favourite actors of India in a short span of time.

An actress who never hesitated to experiment with different genres of movies and kept exploring new horizons.

Besides her good looks and amazing acting skills, what the masses find endearing is her open and down to earth persona. She has been open about her struggle with depression and even formed an organization ‘Live Love Laugh’ foundation to help others battling mental health challenges thereby breaking the stigma associated with mental health.

The actress has also been vocal about feminism. Time has named her one of the 100 most influential people in the world.

And now the actress is all set to prove her mettle in the French Riviera. In Vin Diesel’s words, “Deepika is the best Earth has to offer. She’s not just here to represent India; she’s here to represent the world.” Mrinal Sen was the first Indian to serve as jury member of Cannes back in 1982, followed by Indian-American director Mira Nair in 1990.

After successfully donning the role of a model, actress and producer the ‘Piku’ actress has a big task at hand to choose films that are worthy of honour.Fans can’t wait to witness Deepika spread her wings with panache and create ripples of magic in Cannes- the city of the rich,stylish and famous.

73 Questions with Deepika Padukone by Vogue is Witty, Engaging and Ends on a Dancing Note