Depression Leads to Death, Seek Help before It’s Too Late

Mental health is as important as physical health and depression is a major form of mental health which must be treated before it leads you towards death. 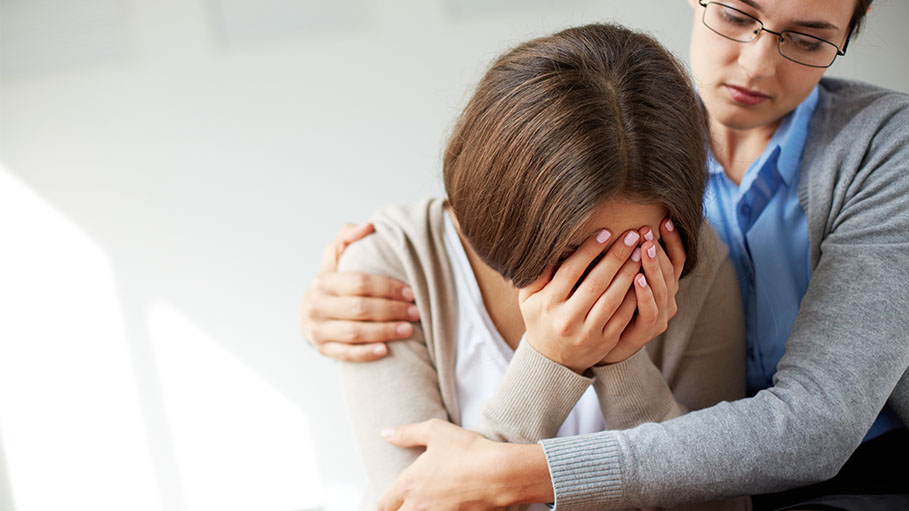 It’s not something you can see. It is not a visible wound that bleeds. There’s a wound deep inside that is bleeding every day and sometimes the pain and the cut are so old, the sufferer becomes stoic and indifferent. Experts say that distractions are many these days. Social networking sites, clubbing, networking, and party- the fun or the mask of fun, you are carrying in your wallet. Is it the body weight that feels heavy or that invisible thump over your chest that stoops you down? Of course, it is not cancer, but is it anything less deadly like cancer- the question is raised by people who are suffering from depression. Cancer is known, the treatment and the aid can be asked for, and people are there to support the fighters who are struggling for a life. But mental disease, how much is that talked about? Are people finding the vent where they can just speak their mind and realize that it is depression that they are fighting with?

Experts say that most patients suffer for years without the actual knowledge of the issue. Mental health is still a stigma and medical aid is not sought for. But experts are saying leaving depression untreated can sometimes deepen the wound inside and that pain often pushes a person towards death.

Suicide is not a solution

There have been various reports of suicide which are directly related to depression. Experts say that a single bad feeling of a single day does not lead to death. With prolonged depression, people start feeling helpless. They do not find a place of hope. The hopelessness and helplessness lead them to take such a dangerous way. Not every person has the mental strength to fight with severe conditions and that leads them to the unfortunate conclusion as they think that is the only possible thing that will bring an end to their misery.

As per a report released in 2013 by the Centers for Disease Control and Prevention (CDC), suicide ranks 10th in the reason of death. On the same year, US reported 41,149 deaths due to suicide. Among the reported suicides, almost half of them had a history of depression as per The American Association of Suicidology.

Depression makes people stressed and to get rid of that people often succumb to easy and available options that will give them temporary relief from the mental stress. People get addicted to drugs and alcohol that help them get distracted. The intoxication helps people soothe the pain. This makes them dependent on these intoxicating elements which add up to an existing problem. Medical experts say that this leads to the need of dual diagnosis. At one point medications and therapy are required for the depression and another set of treatment is required for treating the dependency on alcohol and drug. This addiction is also termed as substance abuse that people inflict upon themselves when in depression. Substance Abuse and Mental health Services Administration said substance abuse is one of the biggest factors that lead to suicide. As per the reports of National Institute on Drug Abuse, one in four deaths in America is caused due to illegal drug use, tobacco, and alcohol.

If there are existing illness then depression can make the treatment difficult. Experts say that when people are facing issues of depression, they are unable to feel good. Emotionally they are unwell and medications might treat the body but the mental condition does not allow the human body to feel that the situation is improving. Depression makes life miserable and the effects are transformed into several ailments. The major problem that the body acquires is heart ailments. The stress levels are high due to depression that leads to heart ailments. Even if the depression does not lead to suicide, heart diseases begin to deteriorate the health of the heart. The body gives up responding to the diagnosis offered and that might lead to death.

As said earlier, this cannot be seen in the daily life. The person suffers amidst the effort to stay “normal”. But being this normal and suppressing the pain is not an easy thing to do. There will be subtle changes that are even ignored by the sufferer. Getting mixed up in the crowd so that no one feels any abnormality in the behavior is harder than imagined, say experts. Sleeping disorder is one of the most common symptoms. People also lose appetite, or the person can be seen facing sudden weight loss or weight gain. Drinking extensively or taking drugs are all the signs that might have the reason of depression at the backdrop. For patients with depression, these are not a mere change of habits but symptoms that they are unable to cope with the mental changes.

Yes, depression can be treated

When you fall into the pangs of depression, you might feel that there is no hope and no way you can get away from it. But, it is a mere health condition that needs treatment. As you take medical help, you will be absolutely fine. Just as you go to the doctor for any health issue, the same way you need to consult a doctor about the mental pressure that is disturbing you. There are antidepressants and psychotherapy that will be suggested by the doctor as per the analysis of your situation. Experts even say, that sometimes the cases do not need any medication but simple counseling and lifestyle changes that will help to recover.

You can even try out motivating yourself for the problems you are facing. You have to make yourself ready to face the thing that you are suffering and you need help. Maintaining a journal, cuddling with pets, dancing, exercising, meeting new people, following your passion are simple ways that you can incorporate in your life. Sometimes all you need is to come out of the womb of emptiness you are feeling. Whether you are in depression or not, such positivity has no harm and will help you improve your life as a whole.