Mahesh Bhatt will be back in limelight after a break of nearly two decades. He will be directing ‘Sadak 2’ a sequel to ‘Sadak’ in which his eldest daughter Pooja Bhatt and Sanjay Dutt take up lead roles. 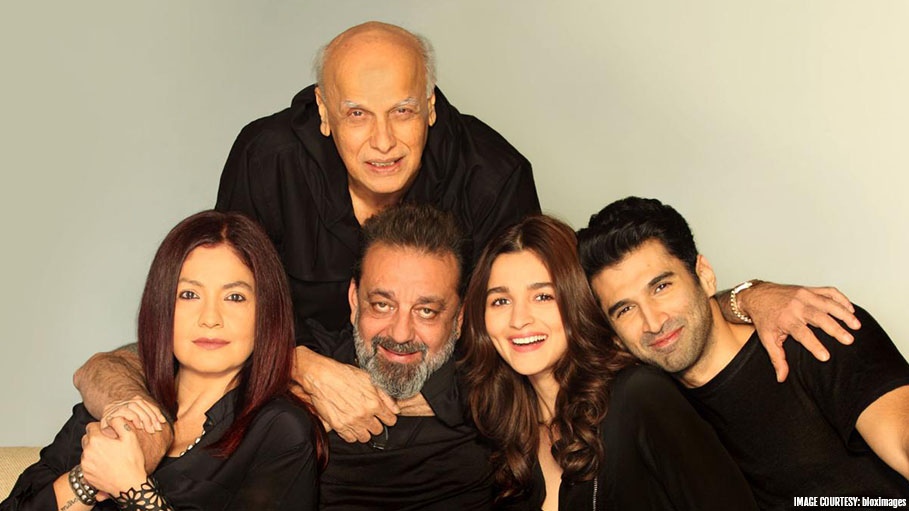 Director, producer and screenwriter Mahesh Bhatt is all set to make a comeback to Bollywood with ‘Sadak 2’. This announcement was made on September 20th which happens to be the director’s 70th birthday.

One of the most recognized directors of the film industry Mahesh Bhatt will be back in limelight after a break of nearly two decades. He will be directing ‘Sadak 2’ a sequel to ‘Sadak’ in which his eldest daughter Pooja Bhatt and Sanjay Dutt take up lead roles. This time, however, Alia Bhatt will give company to her elder sister Pooja Bhatt in the upcoming movie. The film also stars Aditya Roy Kapur.

"As I step into the sunset years of my life, the last act, there’s something that has happened to me. Never in my wildest dreams did I think that I will ever hear the words — a Mahesh Bhatt film — mentioned around me again. Alia used to say, ‘Papa, make a film’. And I would tell her that I am like an extinct volcano. But then, suddenly one day, the volcano was rumbling. You know, they say that autumn is another spring, so as I go into my autumn years, it’s the process of what is called decomposition or decay, that too is a way of life”, the director nostalgically talks of his long contribution to the film industry.

It will indeed be refreshing to witness Bhatt in a director’s role once again after several years. We’ve not only witnessed his amazing directing skills in art-house works such as Daddy (1989) and Swayam (1991) but also in commercial cinema with movies such as Arth (1982), Aashiqui (1990) and Dil Hai Ki Manta Nahin (1991), Sadak (1991) and Woh Lamhe (2006). His critically acclaimed movies were meaningful, full of substance, sending across powerful messages and often leaving the audience to question about rigid societal norms and systems.

Besides directing skills, Bhatt is well known for his unique choice of music too. The strong storylines in his movies are always intertwined with amazing music and songs. In fact, many music directors’ career took a turn for the best only after tying up with Bhatt’s projects. So, with this upcoming project, Bhatt enthusiasts can expect some melodious music too.

Recently Pooja Bhatt revealed that it was actor Sanjay Dutt who was most keen to make the sequel. Sanjay Dutt insisted that she should talk to her father and uncle. “I conveyed his thoughts and asked them to meet him. And now, here we are. He is the man who started it all," said Pooja Bhatt.

Alia Bhatt for her part took to Instagram and wished her father on his 70th birthday. She expressed how happy she was to work with him for the very first time under the family banner Vishesh Productions. She also shared the teaser of ‘Sadak’ on Twitter.

"Dear Daddy, on your 70th Birthday, you have given me the greatest present I could ask and dream for. You are directing me! 'Sadak 2' is a dream come true.. What I thought will never be possible you have made possible. Thank you daddy from the bottom of my heart, soul and bones. This will be a journey of discovery.. Of life, movies, feeling and most of all.. Of a father and daughter. I love you my not-so-old man! Happy Birthday.(sic)”, she wrote.