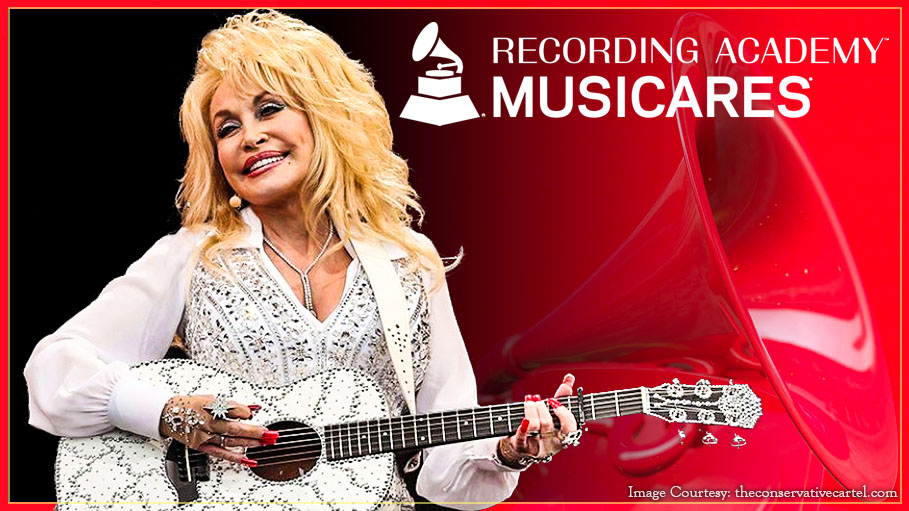 The singer, songwriter and philanthropist will become the first country western singer to win the Grammy’s MusiCares Person of the Year Award in the month of February. The singer is also giving away her 100 millionth book through her ‘Imagine Library’ initiative.

The country western singer has undoubtedly achieved yet another milestone in her long and successful musical journey. Dolly Parton will receive Grammy’s MusiCares Person of the Year in the month of February. The singers who have already been bestowed with this prestigious award in the past are Sir Paul McCartney, Bruce Springsteen, Bob Dylan, Stevie Wonder, Billy Joel and Paul Simon among others. Out of the previous 27 winners, only six have been women which includes Aretha Franklin.

Dolly Parton had humble beginnings and she was the fourth of twelve children born to her parents. The large family lived in a rustic one-room cabin. Music played a key role in Dolly Parton’s life and her tryst with singing began at an early age of six when she sang for the ‘Church of God’ in Tennessee. The world of music and song transformed her life completely from rags to riches story.

Her biggest hit though was the song ‘Jolene’ which topped the country’s charts. ‘Here You Come Again’ became her first million-seller song, reaching number 20 in the pop chart. Parton won a Grammy Award for ‘Best Female Country Vocal Performance’ for ‘Here You Come Again.’ The singer continued to give unending hits like ‘Heartbreaker’, ‘Baby I’m Burning’ and ‘You’re the Only One.’

Parton is an amazing songwriter too. Her songs ‘Coat of Many Colours’, ‘I Will Always Love You’, and ‘Jolene’ became classics in the world of music. “She’s country, but she’s also pop — she’s everything,” one music executive said.

Besides her popularity and large contribution to music since years, the singer is known for her philanthropic work. The singer who grew up possessing only the ‘Bible’ is currently in the news for giving away her 100 millionth book to the Library Congress. This was done through her ‘Imagination Library’ initiative which she began in 1996 in Sevier County, Tennessee, the place where she was raised.

The singer created ‘Imagination Library’ in honor of her father who was illiterate and never had the chance to study. She was motivated to witness that even though her father couldn’t read and write, he always worked hard. “I thought, well, I’m gonna do this: to get books in the hands of children, because if you can read, you can educate yourself,” she told CNBC in 2016. This initiative of hers has expanded across the United States of America. It was then set up in the UK in 2007 and then in Australia in 2013.

Enjoy ‘Jolene’, one of the greatest hits of the music legend.