In his first major television interview James Comey, who was sacked by US President Donald Trump as FBI Director last year, reveals many new flaws inside the White House. 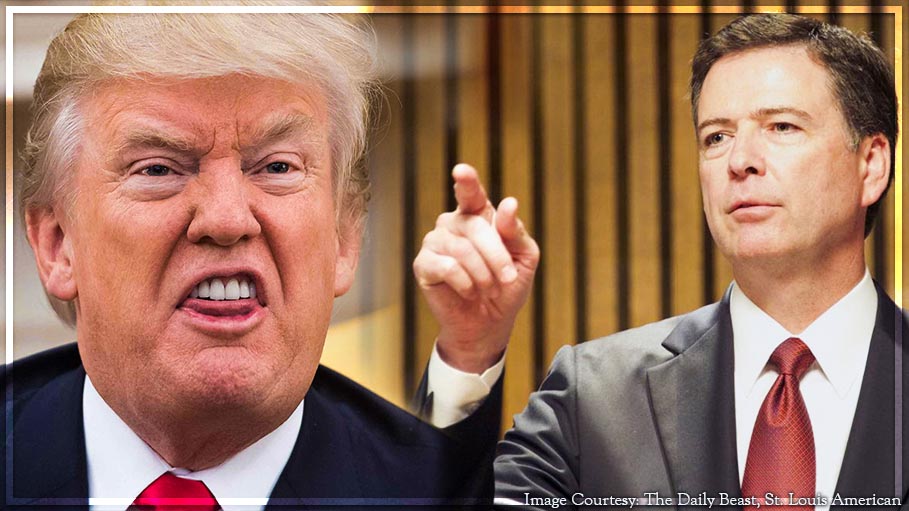 In his first major television interview James Comey, who was sacked by US President Donald Trump as FBI Director last year, reveals many new flaws inside the White House. James Comey who also said in the interview that present President of USA treats women like a piece of meat, who also has a habit of constantly lying and therefore no doubt he may have influenced the judiciary in many cases against him. James Comey is soon to release his memoir in the form of a book A Higher Loyalty: Truth, Lies and Leadership.

Donald Trump reacted even before James Comey’s interview was put on air, he hit Comey on Twitter, saying the book itself raises his credibility accusing him of being a publicity-hungry person. Donald Trump wrote, “the badly reviewed book raises big questions”, suggesting he should be imprisoned for disclosing many official secrets.

The enmity between US President Donald Trump and former FBI Chief James Comey started just after the 2016 Presidential election. James Comey was FBI director and was investigating Democrat Candidate Hillary Clinton handling of classified emails on a private server while she was serving the nation as the Secretary of State. Though in July 2016, the FBI has said Hillary Clinton was extremely careless in the handling of her emails, but didn’t take any legal action on behalf of the country.

After a month FBI declared that the investigation is over and that they didn’t found anything, so no charges against Clinton were made. By that time it had done a lot of harm in Hillary Clinton election campaign and she accused Donald Trump, as the person behind the whole episode.

In March 2017, few months after Donald Trump became the President, alleged link between Trump campaign and Russia came to surface and FBI started an investigation. Donald Trump then pressurized the then FBI Chief Comey to declare publicly that Trump is no where involved, which Comey declined to do followed by their bitter relation followed by his sacking last year.

Though many Democrats have accused Comey behind the failure of Clinton in the 2016 US Presidential election but time and again he defended himself saying, the Hillary Clinton probe was an independent probe, “the FBI drove this investigation and we did it in a competent and independent way. I would bet my life on that”.

No doubt his soon to be launched book A Higher Loyalty: Truth, Lies and Leadership is going to prove bombshell and will reveal many unknown flaws of US government under the leadership of Donald Trump. Though James Comey says, “readers may still walk out of this thinking I'm an idiot, but I'm an honest idiot”.