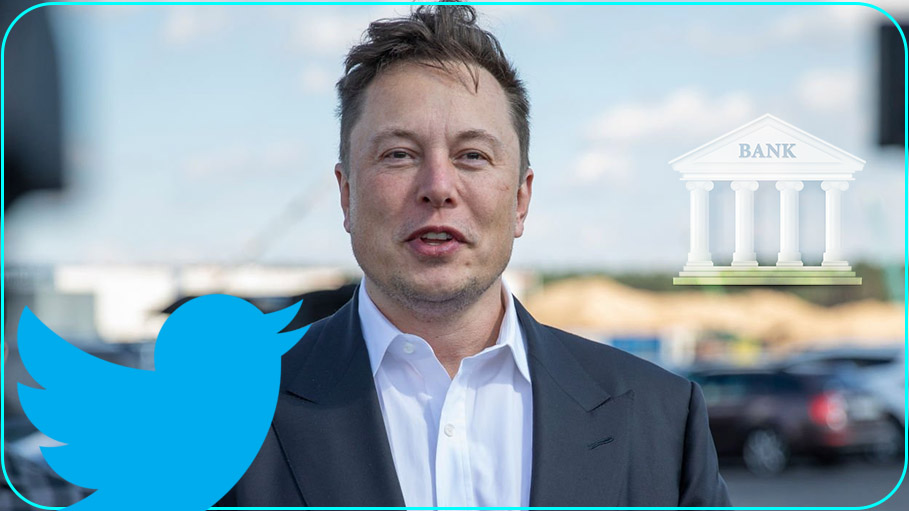 Elon Musk told banks that agreed to help fund his $44 billion acquisition of Twitter Inc that he could crack down on executive and board pay at the social media company in a push to slash costs, and would develop new ways to monetize tweets, three people familiar with the matter said.

Musk made the pitch to the lenders as he tried to secure debt for the buyout days after submitting his offer to Twitter on April 14, the sources said. His submission of bank commitments on April 21 were key to Twitter's board accepting his "best and final" offer.

Musk had to convince the banks that Twitter produced enough cash flow to service the debt he sought. In the end, he clinched $13 billion in loans secured against Twitter and a $12.5 billion margin loan tied to his Tesla Inc stock. He agreed to pay for the remainder of the consideration with his own cash.

Musk's pitch to the banks constituted his vision rather than firm commitments, the sources said, and the exact cost cuts he will pursue once he owns Twitter remain unclear. The plan he outlined to banks was thin on detail, the sources added.

Musk has tweeted about eliminating the salaries of Twitter's board directors, which he said could result in about $3 million in cost savings. Twitter's stock-based compensation for the 12 months ending Dec. 31, 2021 was $630 million, a 33% increase from 2020, corporate filings show.

In his pitch to the banks, Musk also pointed to Twitter's gross margin, which is much lower than peers such as Meta Platforms Inc's Facebook and Pinterest, arguing this leaves plenty of space to run the company in a more cost-efficient way.

The sources requested anonymity because the matter is confidential. A Musk representative declined to comment.

Bloomberg News reported earlier on Thursday that Musk specifically mentioned job cuts as part of his pitch to the banks. One of the sources said that Musk will not make decisions on job cuts until he assumes ownership of the company later this year. He went ahead with the acquisition without having access to confidential details on the company's financial performance and headcount.

Musk told the banks he also plans to develop features to grow business revenue, including new ways to make money out of tweets that contain important information or go viral, the sources said.

Ideas he brought up included charging a fee when a third-party website wants to quote or embed a tweet from verified individuals or organizations.

In a tweet earlier this month he subsequently deleted, Musk suggested a raft of changes to the social media giant's Twitter Blue premium subscription service, including slashing its price, banning advertising and giving an option to pay in the cryptocurrency dogecoin. Twitter's premium Blue service now costs $2.99 a month.

In another tweet he deleted, Musk said he wants to reduce Twitter's dependence on advertising for much of its revenue.

Musk, whose net worth is pegged by Forbes at $246 billion, has indicated he will support the banks in marketing the syndicated debt to investors, and that he may unveil more details of his business plan for Twitter then, the sources said.

Musk has also lined a up a new chief executive for Twitter, one of the sources added, declining to reveal the identity of that person. He told Twitter's chairman Bret Taylor earlier this month that he does not have confidence in the San Francisco-based company's management. Parag Agrawal, who was named Twitter's chief executive in November, is expected to remain in his role until the sale of the company to Musk is completed.

Too Risky For Some Banks

Musk has been inundated with offers from potential equity partners to join him in the Twitter deal, and he will decide in the coming weeks if he teams up with someone, one of the sources said. It is unlikely that Musk would partner with a private equity firm given that the deal is not structured as a traditional leveraged buyout, the source added.

Musk disclosed this week that he sold $8.5 billion worth of Tesla shares, a move likely aimed at helping finance his deal for Twitter. [nL2N2WR04A]

The Tesla chief executive also told the banks he will seek moderation policies on the social media platform that are as free as possible within the legal constraints of each jurisdiction Twitter operates, the sources said, a position that he has repeated publicly.

The $13 billion Twitter loan is equivalent to seven times Twitter's 2022 projected earnings before interest, taxes, depreciation and amortization. This was too risky for some banks who decided to participate only in the margin loan, the sources said.

Another reason some banks opted out is because they feared Musk's unpredictability could result in an exodus of talent from Twitter, harming its business, according to the sources.