In the high profile Hollywood trial Johnny Depp has sued Ms. Amber Heard for $50m (£40m) over an article, she wrote in which she claimed to be a victim of domestic abuse while Amber is countersuing him for $100m. 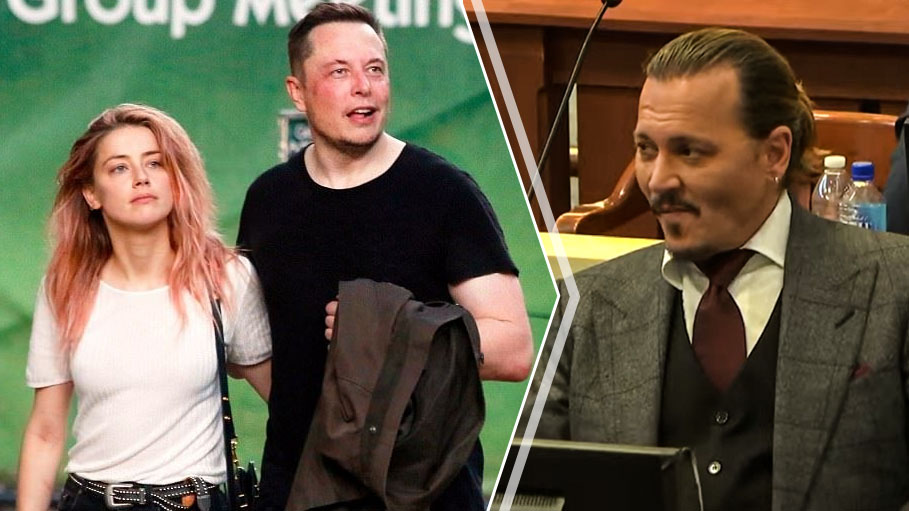 In the high profile Hollywood trial Johnny Depp has sued Ms. Amber Heard for $50m (£40m) over an article, she wrote in which she claimed to be a victim of domestic abuse while Amber is countersuing him for $100m.

Earlier reports have suggested that Elon Musk would give his testimony in the famed defamation case between Amber Heard and Johnny Depp.

Elon was in a relationship with the 36-year old actress.

The CEO of Tesla had been listed as a witness in the defamation case however his lawyer has confirmed to Fox News that he’ll not be testifying.

In his UK libel case against a tabloid, Depp had accused Musk of having an affair with Heard while she was still married to Depp.

Musk admitted that he had an affair with Amber but only after she had filed for a divorce from Depp.

Elon Musk and Amber Heard reportedly first met on the sets of ‘Machette Kills’ in 2013. Heard played the lead while Musk had a cameo in the film.

The two of them remained friends however their relationship grew stronger after Heard’s divorce from Depp was finalised.

Thereafter the couple were seen several times in public.

But months later the duo decided to split because of intense work obligations and long distance took a toll on their relationship.

Meanwhile it has been three weeks since the highly controversial court proceedings began. The defamation case has been infused with allegations and accusations of violence from both the parties which they’ve denied.

Ryan Baker who is a Los Angeles Attorney has expressed that at present the case is tilting towards Johnny.

“Depp is up first so it's not surprising that right now things are looking like they're tipping in his favour," he said. Soon Amber Heard’s team will take charge and viewers will hear a different side of the story.

Curry’s testimony however has been criticised by domestic abuse advocates who said these diagnoses can be used to undermine the assault.

Amber’s team has accused Johnny of being an alcohol addict and prone to drug binges. When Depp’s long-time manager of his Island in Bahamas, Tara Roberts, was asked whether the actor passed out on the beach, she remembered the actor “passing out in the sand face first.”

She also revealed that his son had seen him this way.

Audio clips have been played out where Amber was heard mocking and admitted to hitting Johnny. She also told him to go ahead and tell the world that he was a victim of domestic abuse too.

This is just the beginning in the ever complicated case and Amber’s team is yet to take charge and reveal their side of the story.