The family were not only shocked but were also pretty frightened to see the huge sea creature encircling their vessel. 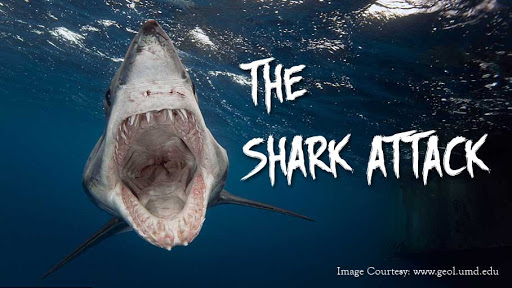 On Tuesday, Jodie Brown and her family of seven ventured into deep waters for fishing in Port Victoria, South Australia. But they weren’t prepared to encounter a gigantic shark, estimated to be about five meters in length. Just a few meters smaller than the size of the vessel. The family were not only shocked but were also pretty frightened to see the huge sea creature encircling their vessel.

The Shark swam towards the boat from behind and it encircled the boat for about twenty minutes. It would go around and then come back again.

According to Brown, the Shark was probably attracted to the fish they were catching.

"We were all in shock really because of the size and width of it ...it was an incredible experience because it's not often you're in the presence of something bigger and more powerful than yourself," Gemma Brown told Sunrise on Thursday.

“It wasn’t at all aggressive, we did catch two snapper while it was swimming around and the second snapper that was a bit bigger, apparently the shark turned towards it as we pulled it in,” Mrs. Brown said. At one stage, the Shark’s belly rubbed against the boat.

“We had to leave in the end to take the two girls back to shore because they were freaked out, but the whole time it was just amazing”, Brown told a leading newspaper.

This was one amazing and adventurous experience that the Brown family will not easily forget.

Watch the amazing video below