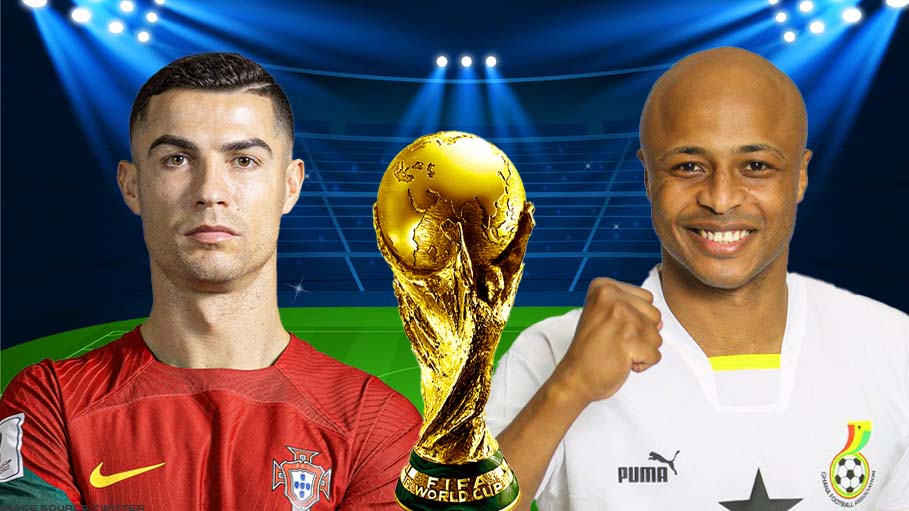 Portugal will face off against Ghana, an African superpower, on 24 November, in an effort to get their FIFA World Cup 2022 campaign off to a strong start. Cristiano Ronaldo and his team will be the center of attention as they attempt to establish their dominance over the competition. Additionally, this will be Ronaldo's first game since his recent interview, which infuriated Manchester United's management. Here are a match preview and predictions, squad, and everything you need to know about the key matchup, with Ghana aiming for an upset.

Ronaldo, the five-time winner of the Ballon d'Or after repeated World Cup setbacks will be anxious to help Portugal finally win the big one. Despite being a well-known footballing nation, Portugal has only been to the World Cup semifinals twice, in 1966 and 2006, and they haven't advanced past the round of 16 in four of their last five competitions. A Selecao lost to fellow Group H opponents Uruguay in the round of 16 at the World Cup finals in Russia in 2018, and they have only managed to win three of their past 11 games there. However, they did a great job of preparing for the competition by crushing Nigeria 4-0 earlier. Santos's team has struggled to win any of their last three opening games on the biggest international stage, so fast starts have not been a theme for Portugal at the World Cup. Ghana will need to put on their best shooting boots if they hope to get past a Portuguese defence that has only allowed two goals in their last seven games.

At this level of football, Portugal and Ghana are not complete strangers. At the 2014 World Cup, Ronaldo helped the A Selecao defeat the Black Stars 2-1, and a similar performance in Qatar would help him in his quest to once again make headlines for the right reasons.

When is the match of Portugal vs Ghana ?

Neither of the teams have any injury concerns. Seasoned winger Andre Ayew will lead the attack for Ghana, which will also look forward to Mohammed Kudus’ performance in the match. The seasoned midfielder will be unfazed by the aura of Cristiano Ronaldo, who is expected to be Portugal’s shining star in the match. At the same time, AC Milan forward Rafael Leao will be a terrific fresh talent to look forward to.

Best of The Qatar 2022 Opening Ceremony