A number of declarations and signing of agreements that led to a moment of joy, as if long lost friends were meeting after years. 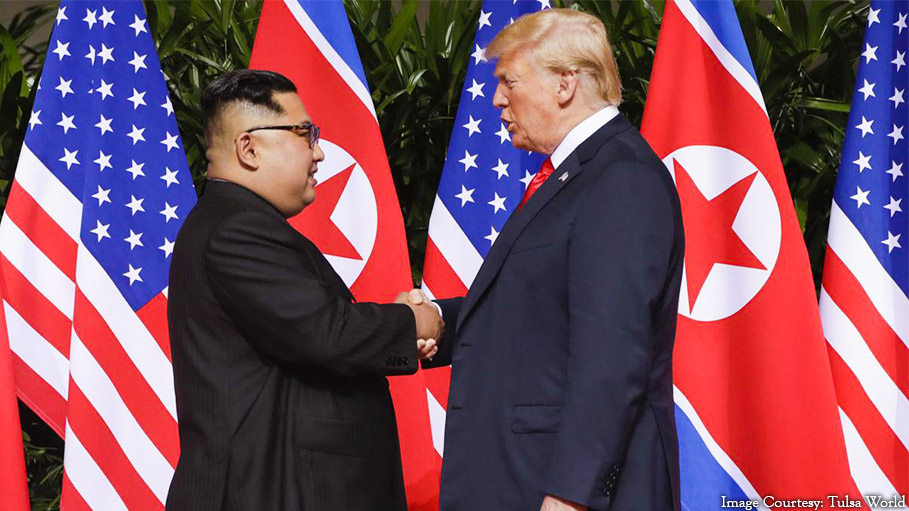 Looking at the uncertainty of the meeting between US President Donald Trump and North Korean leader Kim Jong-un, as even few days back also it was not clear whether both the leaders are meeting or not, but finally when they met, they made it a historic one for both the countries, puzzling everyone around the world.

The talks between US President Trump and North Korean leader Kim ran for around five hours and when they come out to declare their newfound friendship with a number of declarations including nuclear disarmament, it was a moment to cherish for everyone, as the scene seemed like, long lost friends meeting after years.

Both the leaders signed a number of agreements, where the North Korean leader confirmed his commitment to complete denuclearization of the Korean Peninsula. While Trump assured to provide him with all security guarantees.

While signing agreements and talking to the media US President Trump said, “We learned a lot about each other and our countries, I learned he is a very talented man” and he invited Kim to visit White House. While North Korean leader, Kim said through his translator, “Today, we had a historic meeting and decided to leave the past behind, the world will see a major change”.

Trump also expressed his desire to withdraw US forces from South Korea though he said no official agreement happened on this, but, he is certainly considering this, “I want to get our soldiers out. I want to bring our soldiers back home, but that's not part of the equation right now. I hope it will be eventually”.

Kim said, “It has not been easy to come to this point, for us, the past has been holding us back and old practices and prejudices have been covering our eyes and ears, but we have been able to overcome everything to arrive here today”.

The major take away of the meeting so far was the nuclear disarmament of the Korean Peninsula. Though it is not immediately clear what other issues US side is able to extract from the North Korean side. Both the leaders are expected to leave soon, as US officials confirmed that Donald Trump is not going to put up for more than 12 hours, while Kim has planned to move back immediately after the summit.

The summit at the exotic Singapore’s Sentosa Island comes after three months when both the leaders agreed to meet each other. Though the effort of South Korea cannot be ignored for making this impossible summit possible today. In April when South Korean President Moon met Kim, it was then he laid the stones for this meeting, which turned into reality today. The importance of the meeting can be understood with the presence of more than 2,500 journalists across the world, who have come to cover the historic summit.