Finland Is The Happiest Country In The World. Here’s Why

According to a UN report, Finland has become the happiest nation on earth overtaking Norway. It was in the fifth place 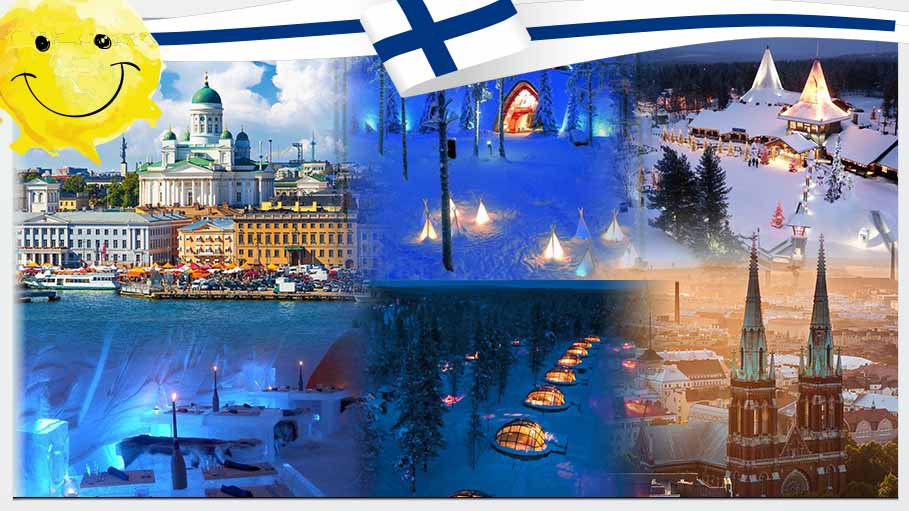 According to a UN report, Finland has become the happiest nation on earth overtaking Norway. It was in the fifth place last year. The World Happiness Report rated the happiness levels of 156 countries based on factors such as life expectancy, social support and corruption. Unlike previous years, the report from the UN Sustainable Development Solutions Network also evaluated the happiness quotient of immigrants in 117 countries. It’s observed that most of the Nordic countries including Switzerland are close in their scores. Nordic countries are topping the charts in areas such as healthy life expectancy, social support, freedom, trust, income, generosity and trust.

What makes Finland the happiest country?

Meik Wiking of the Happiness Research Institute said “GDP per capita in Finland is lower than its neighbouring Nordic countries and is much lower than that of the US. The Finns are good at converting wealth into wellbeing.” According to Wiking, the public pay some of the highest taxes and citizens are in support of that because it is an investment that covers important areas of their life such as healthcare and education. Healthcare and education are certainly the main areas that play a large part in our well being.

Are immigrants happy in the ‘Happy Country’?

Finland has also topped the charts when the UN report examined the happiness quotient of the immigrants in the country. The country with a population of about 5.5 million people, has about 300,000 foreigners from European countries as well countries like Afghanistan, China, Iraq and Somalia.

According to John Helliwell- co-editor of the World Happiness Report, the happiest countries scored high when it came to overall happiness of the local citizens as well as those of immigrants. He said “The most striking finding of the report is the remarkable consistency between the happiness of immigrants and the locally born, those who move to happier countries gain, while those who move to less happy countries lose."

The top ten unhappy countries are Malawi, Haiti, Liberia, Syria, Rwanda, Yemen, Tanzania, South Sudan, Central African Republic and Burundi. Despite United States having one of the highest income per capita, it has slipped to eighteenth place compared to its earlier place where it stood at position eleven.  Three interrelated epidemic diseases which is obesity, substance abuse, depression are said to be the main causes for United States to slip to lower ranks.

According to Meik Wiking, healthy amounts of personal freedom and social security are two of the major factors that put Nordic countries higher in the ‘Happy Chart.’ To find a secure place in The World Happiness Report, it’s high time we analyze and learn a thing or two from our happy Finn friends.