First Ever Alcoholic Drink by Coca-Cola 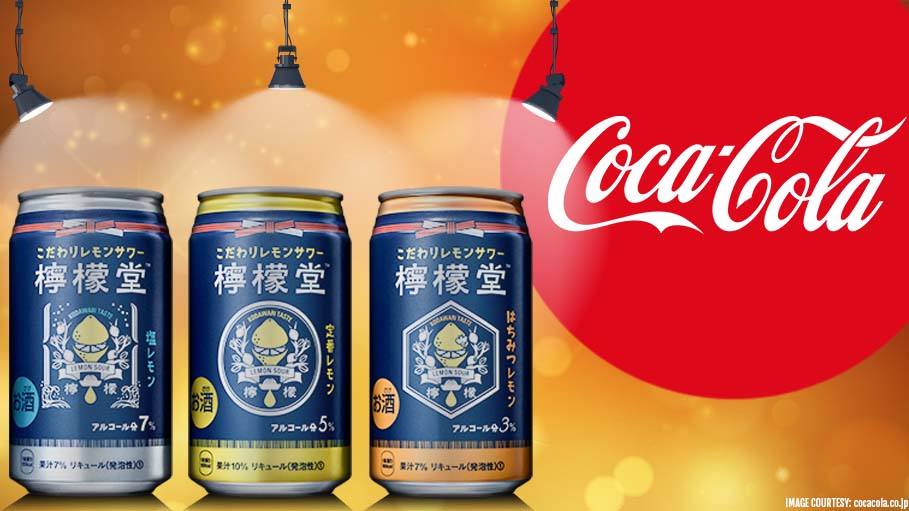 Recently, Coca-Cola has launched its first ever alcoholic drink in Japan. They have named it ‘Lemon Do’.

Coca-Cola made its alcoholic debut last Saturday, May 26 with ‘Lemon Do’. The drink is now available in the Japanese market, and will remain to be so for quite some time at least, as per reports, “globally, it’s not uncommon for non-alcoholic beverages to be sold in the same system as alcoholic beverages.”, says Jorge Garduno, president of Coca-Cola’s Japan business unit.

According to sources thousands of Japanese men and women gathered at the sampling event in Fukuoka to taste this novel beverage by the global brand. In fact, this is the first time in Coca-Cola’s 132-year-history that it has brought to the market an alcoholic drink.

As the name suggests, the drink ‘Lemon Do’ is a lemon flavored preparation, an alternative to popular Japanese drink chu-hai. The Wall Street Journal made it a news on Twitter mentioning it as “A fizzy lemon-flavored alcoholic drink”.

Served in cans, the ingredients of the drink include shochu, a Japanese spirit made from distilled grains, sparkling water, and flavoring.

Coca-Cola’s alcoholic venture occurred in Japan for a worthy reason. The popularity of chu-hai increased in the country during last year, and Coca-Cola wanted to utilize this opportunity to the fullest. Moreover, the Japan business unit of Coca-Cola launches several new products in the market each year. But, this alcoholic beverage is undoubtedly a business breakthrough! “We haven’t experimented in the low alcohol category before, but it’s an example of how we continue to explore opportunities outside our core areas,”, Garduno adds.

Howard Telford, the head of soft drinks at Euromonitor International describes it as, “This is a departure for Coca-Cola but I think this reflects the way that changing consumer tastes are pushing the company into less familiar areas like premium dairy, coffee, tea and now low-alcohol flavored drinks,”.

Many aren’t aware that Coca-Cola, the global beverage manufacturing giant made an alcoholic deal during the 70s. They bought Wine Spectrum in 1977, but due to several reasons sold the business to Joseph E. Seagram & Sons Inc. for around $200 million, later sometime.

Well, better late than never. The whole world is eager to have a shot of Coca-Cola’s alcoholic beverages.