Elena Gonzalez's backyard soup kitchen is a hive of activity, with busy hands chopping and stirring as a cauldron with a bit of chicken and much rice boils over a wood fire in a poor Argentina neighborhood. 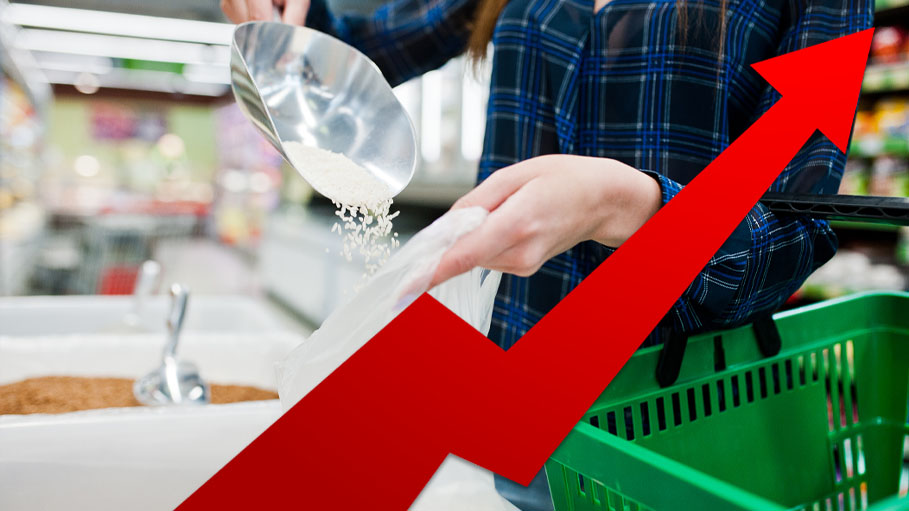 Belen de Eescobar: Elena Gonzalez's backyard soup kitchen is a hive of activity, with busy hands chopping and stirring as a cauldron with a bit of chicken and much rice boils over a wood fire in a poor Argentina neighborhood.

Gonzalez's soup kitchen in Belen de Escobar, some 55 kilometers (34 miles) from Buenos Aires, is one of more than 1,500 in the country of 45 million.

Argentina has a long history of high inflation but is going through a particularly rough patch, worsened by the global repercussions of the war in Ukraine.

With food prices in the country rising 20 percent in just three months, a complex network of public and private organizations is required to feed millions of increasingly hungry mouths.

"The situation is getting more and more complicated," said Gonzalez, whose soup kitchen is eight years old.

From a combination of state aid, private donations, contributions from local residents, a communal vegetable garden and a few chickens, she manages to put food on the table.

Gonzalez says she cannot afford to miss a day of cooking. "The local children would come to my door to demand their plate," she told AFP.

Her soup kitchen receives help from the network Barrios de Pie (Neighborhoods on their Feet), a social movement born from the economic crisis 20 years ago, and for which the need has never abated.

It is an essential cog in the wheel of citizen mobilization topping up the public aid on which more than four million people depend, according to official figures.

Recently, the government has had to increase by 50 percent -- to between $78 and $156 per month -- the food stamps that some 2.4 million households rely on.

Another 300,000 mouths are fed at school canteens, while yet more get their daily meal from religious organizations and NGOs.

Local shops fill in some of the remaining gap, delivering unsold food to soup kitchens or sometimes directly to households in need.

"Argentina has a much larger social assistance network than other Latin American countries," sociologist Ricardo Rouvier of the University of San Andres told AFP.

But the country is facing a dilemma: It has to limit public spending because of commitments to the International Monetary Fund under a recent deal to refinance a multi-billion dollar debt.

And things are likely to get worse with the Ukraine war fueling global price inflation hot on the heels of the coronavirus pandemic's economic ravages.

A UN report on Wednesday projected GDP growth of 3.0 percent for Argentina for 2022, and warned of "sustained high inflation" and likely higher unemployment rates.

This is what makes private initiatives so critical.

But they, too, are struggling, with "inconsistent" public aid, said Silvia Saravia, coordinator of Barrios de Pie.

"We are hanging in there. We have to, because there is a need," she told AFP.

"We never know exactly what we are going to have. So, how do we survive, how do we have so many soup kitchens and social community kitchens? Partly... because the families in the neighborhood understand that by cooking together they will be able to eat better than cooking separately."

NGOs and private soup kitchens "are the real heroes of this story," said Virginia Ronco of the Munro Food Bank -- the country's largest -- which feeds about 340,000 people a day.

"Even in situations of great vulnerability, they put a lot of heart and ingenuity into their work."