Georgian researchers and entrepreneurs got together to take the country’s winemaking tradition into an interplanetary level. 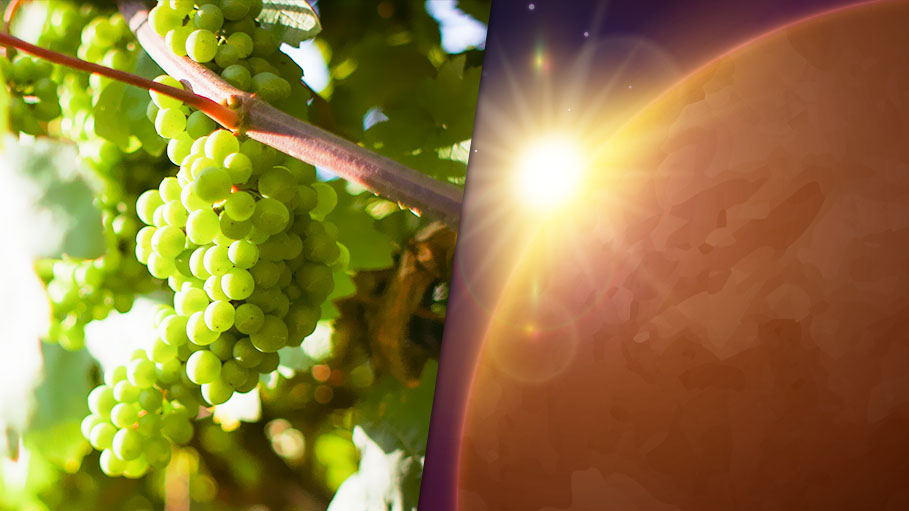 Georgia as a nation is known for its ancient wine-making tradition. They also claim to have been the first nation in the world to make wine. Georgia now also wants to be the first nation to grow grapes on Planet Mars. If things go well, this will soon be a reality.

Georgia has a climate, which is favourable for vineyards and has helped Georgia to develop itself as a thriving wine tourism industry.

NASA has recently invited innovators to contribute their ideas for a ‘sustained human presence’ on the red planet and it is where a group of Georgian researchers and entrepreneurs got together to take the country’s winemaking tradition into an interplanetary level.

The project named IX Millennium is launched with this mission to develop a variety of grapes that can be grown on Mars. It managed by an association set up by the Georgian Space Research Agency, Tbilisi’s Business and Technology University, the National Museum and a company called Space Farms.

IX Millennium is a reference to Georgia’s long history of winemaking. Archaeologists in the past have found traces of wine in ancient clay vessels in Georgia, the country thus promoted itself as a nation, which has been making wine for more than 8,000 years, longer than any other nation of the world.

Nikoloz Doborjginidze who is a part of the project says, “Georgians were first winemakers on Earth and now we hope to pioneer viticulture on the planet next door”.

Space Farms founder and one of the scientists working on the project, Marika Tarasashvili is developing bacteria that could turn Martian soil into fertile earth, favourable for the cultivation of grapes. Tarasashvili has also confessed that they have already achieved ‘breakthrough’ results in the experiments.

The scientists working on the project have collected bacteria from various parts of Georgia with extreme ecosystems like hot sulphurous springs and bred strains capable of living in Martian conditions.

The idea is to use the bacteria to transform the lifeless surface of Mars into fertile soil, as Astrobiologist Garibashvili says, “on which future colonists will be able to cultivate plants”. Tusia Garibashvili, also says, “In the distant future, Martian colonists will be able to grow plants directly in Martian soil. But first we need to create a model of completely controlled sustainable Martian greenhouses”.

It may sound like science fiction now but the idea may soon be a reality. As NASA is planning to launch a manned mission to Mars in next 20 years, on the other hand, billionaire Elon Musk’s Company SpaceX has set a goal to launch a Mars' mission within a decade and who knows, this innovation may be a part of the first man mission to Planet Mars. Till then be assured, that there is no dearth of wine, if you reach other planets.