Germany begin their path to World Cup redemption on Wednesday after the 2018 horror show in Russia, with Spain and Croatia also kicking off their campaigns in Qatar. 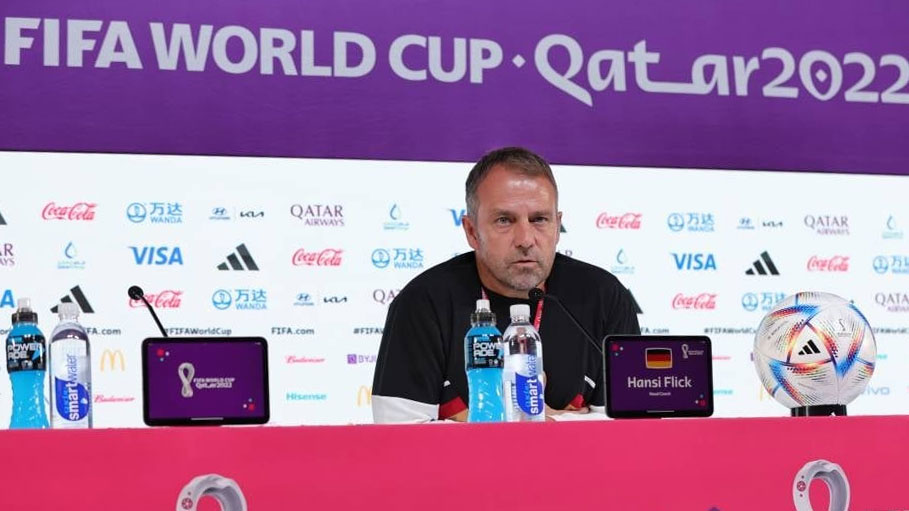 Germany begin their path to World Cup redemption on Wednesday after the 2018 horror show in Russia, with Spain and Croatia also kicking off their campaigns in Qatar. After Saudi Arabia stunned Lionel Messi's Argentina, ending the South American champions' 36-match unbeaten run, Germany will be on high alert in their opening match against Japan. Croatia, surprise runners-up four years ago, take on Morocco in the early game. Spain face Costa Rica in the evening before Belgium play Canada in the late match.

As defending champions Germany crashed out in the group stage in Russia, suffering their earliest World Cup exit since 1938.

"We know that what happened four-and-a-half years ago was terrible, so we had quite a wait," said Bayern Munich midfielder Joshua Kimmich.

"The first game is extremely important. We lost our first game at the last Euros and we didn't win the tournament, so I hope tomorrow we will win."

The four-time world champions have been steady but not spectacular under Hansi Flick, who took over last year after long-serving coach Joachim Loew stood down.

Spain hope to make a far smoother entrance than they did in Russia, where Julen Lopetegui was sacked on the eve of the tournament for accepting the Real Madrid job.

They have the third youngest squad at the World Cup, with Luis Enrique leaning on younger talents while some older players like Sergio Ramos were left out of the squad.

"It's very positive because young players bring energy to the team, we try to manage that with the experience we have as staff," said Luis Enrique.

Time is running out for Belgium's golden generation who formed the backbone of the squad that finished third at the last World Cup.

Modric looks to the future

With Romelu Lukaku to miss the first two group games and captain Eden Hazard reduced to a bit-part role at Real Madrid, Belgium will rely heavily on Kevin De Bruyne.

Belgium, ranked second in the world behind Brazil, played a warm-up friendly against Egypt last week in Kuwait but lost 2-1.

In Canada, they meet a team returning to the World Cup for the first time in 36 years. The Canadians have been boosted by the return to full fitness of Alphonso Davies.

Croatia playmaker Luka Modric has warned his team-mates not to expect a repeat of their heroics from the last World Cup, when the country of just over four million punched above their weight to reach the final.

"Whatever we've been through during the 2018 World Cup was an unforgettable experience, but we need to put it aside and focus on what is ahead of us," said Modric.

While Saudi Arabia stole the headlines on the pitch, World Cup organisers faced growing questions Tuesday about whether the rainbow logo can be displayed in Qatar, where homosexuality is illegal.

Seven European teams including England and Germany have abandoned plans for their captains to wear a rainbow-themed armband because of the threat of FIFA disciplinary action.

Germany's football association said it was examining if FIFA's threat to punish players who wear the "OneLove" armband was legal.

Belgium's Jan Vertonghen went so far as to say he was "afraid" to talk about human rights.

"I'm afraid if I say something about this I might not be able to play tomorrow," the defender said.

"It's an experience I've never felt in football before. I feel controlled. I'm afraid to even say something about this."