Technology enhance our life taking a toll on our health. California Department of Public Health campaign the ill effects of cell phone. 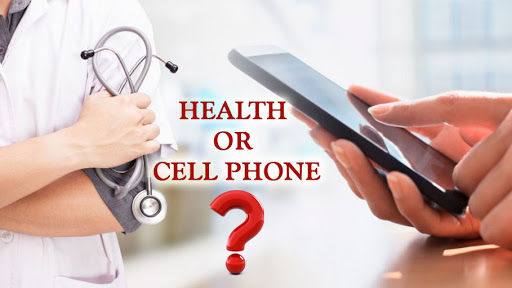 In this modern, vastly growing, technologically much advanced world who would have thought that one day we will have to pay the price of modernity and technology with our health. 21st Century where the “Virtual World” is becoming more prominent than the Real one, all thanks to Mobile phones and Internet, we are missing on something very important aspect of Life – “Health”.

Nowadays when mobiles have become an integral part of one’s life, helping and fulfilling almost all their needs, People getting indulged in their cell phones so much that somewhere they are neglecting its adverse effects on them. Now and then ranging from WHO to IARC, almost every International or National Organisation/Agencie or Researchers are talking and warning people about the health related risks of using cell phones. Recently, The California Department of Public Health came forward to make people aware of these health risks and recommended some easy-to-do guidelines telling them how they can avoid such risks.

As per the research, mobile phones emit radiofrequency energy, a form of non-ionizing electromagnetic radiation which if absorbed by our body tissues can be dangerous for our body. The amount of radiofrequency exposed to our body depends on various factors like number of times we are using it for calls, duration of calls, span of cell phones usage, distance of phones from our body either we are using it or not as phones are said to emit radio waves continuously. Also the type of mobile phones, it’s manufacturing date(how old the phone is), its battery condition and the way of handling all adds on to the stated factors.

The California Department of public Health officially stated that although scientists are not sure about the harmful effects of continuous cell phone usage but with the recent popularity of mobile phones use among people, increasing the lifetime of exposure to radio frequency energy, some research suggests long-term usage may have a negative effect on human health.

We can easily understand the Health risks associated with exposure to radio-waves and their severity by narrowing them down to following listed areas:

The California Department of Public Health warned against the exposure of families, especially children, to the radio frequency energy as children have tender, growing and developing nervous system thus increasing their chances of getting affected more. As per the Department, around 95% people of United States own cell phones and the average age for a child to get his first cell phone is just 10.

In addition to this, California also recommended people to avoid using their phones when there is a weak signal strength, when phone's battery gets low and while buffering any video as during such times phones are said to emit high level of radio frequency energy.

California just wants people to use their phones for shorter conversations and using their device hands-free as much as they can. The main motive is to make you distant with your phones for as long as it can be possible.

Final Choice is Yours

In this fast moving world where we want everything on our fingertips and easily accessible, it's next to impossible to get rid of our phones. Considering the increasing use of mobile phones in our day to day life and our dependence on them, it’s almost difficult to avoid their usage. But not much difficult to reduce our phone's usage from 24*7 to as less as we can being enough to fulfill our necessities.

Keeping one’s personal health in mind and believing the famous idiom of all time “Health is Wealth”, California Department of Public Health and this Article focuses only on making and keeping people healthy throughout their life and reducing every possible reason or risk which affects our health by creating awareness among people.

The final choice is yours and we will end with a hope that you will choose the best for yourself, for your Life.