Here’s What You Need To Know About Actress Daniela Vega

At the Academy Awards on Sunday night, Daniela Vega- the Chilean actress who played the lead role in the Oscar winning movie A Fantastic Woman, made history. 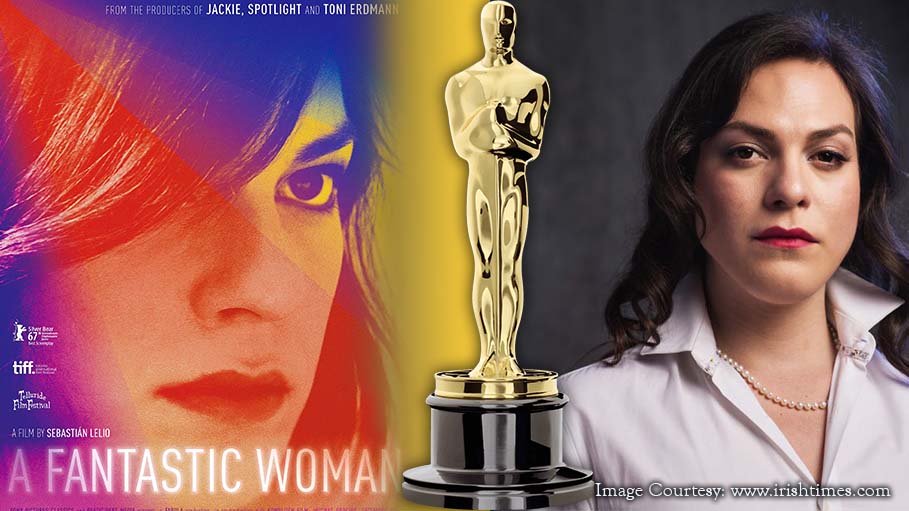 At the Academy Awards on Sunday night, Daniela Vega- the Chilean actress who played the lead role in the Oscar winning movie A Fantastic Woman, made history. The actress emerged on stage to present Sufjan Stevens’s performance of “Mystery of Love” from the movie “Call Me By Your Name.”  This made her the first openly transgender Oscar presenter.

Appearing on the stage confidently in a pink gown, Vega said “Thank you so much for this moment, I want to invite you to open your hearts and your feelings to feel the reality, to feel love. Can you feel it?” She goes on to say “Love is a mysterious thing and first love even more of a challenge, right?” Vega then introduces Sufjan Steven’s act to the audience.

‘A Fantastic Woman’ has been inspired from Daniela Vega’s own personal experiences. The movie took home the statuette for Best Foreign Language film. During his acceptance speech, Director Sebastián Lelio didn’t forget to mention that the inspiration behind the creation of the movie was Daniela Vega.

The plot of the movie revolves around Marina (played by Daniela) who is a waitress and an aspiring actress. She’s busy making plans for the future with her life partner Orlando. However, fate has different plans for her. She battles forces that are uncomfortable with her transgender identity. She fights for her individuality and the right to be herself.

Behind the scenes at the Oscars, Lelio stated “I felt that, for me, it was [a] very instinctive and strong decision knowing that I was not going to make this film without a transgender actress in main role, that was me, and that put [the] film in a different dimension because of everything that Daniela brought to the film. … That doesn’t mean someone like Daniela can’t interpret a cisgender role, you know what I mean?”

Prior to the Oscar ceremony, Daniela told EW “The mission of the movie is to make sure our emotions are reconnected, because [we’re often] silenced. Art is key to unlocking those doors of [understanding.]”

There has certainly been a change on how prestigious award ceremonies like the Oscars are accommodating special slots for transgenders and making their presence felt amongst a wide audience.  As for Daniela, besides being a talented actress, she’ll proudly go down in history to become the first openly transgender Oscar presenter.

SEE ALSO:
WordPress Themes are Essential – Here is What You Need to Know

Enhance Your Digital Marketing Strategy with the Help of Native Advertising