High Maternal Mortality Rates in US Become a Matter of Concern

With high maternal mortality rates, US is considered as one of the least reliable places for pregnant mothers. 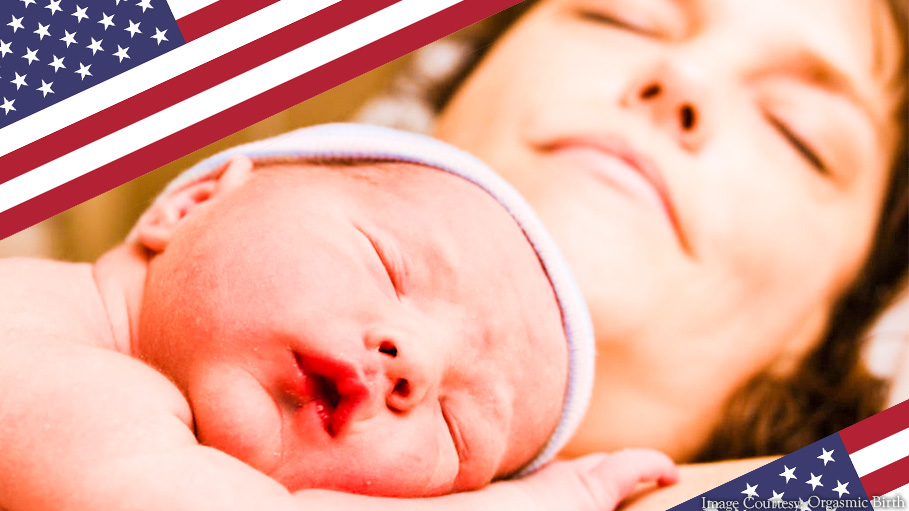 The United States is considered among the most advanced and developed countries with the best team of obstetrician and emergency care services. But the reports say that the US ranks 47th in MMR (Maternal Mortality Rate). Amongst all the developed nations, it is found that the USA has the highest maternal mortality rate. Going by the statistics around 10,900 babies are born every day all throughout the Nation. Among the 2 million mothers who give birth in the US, there are reports of average two deaths on a day. Another source shared the reports of 5000 injuries and 700 deaths during or after childbirth.

The World Health faculties are raising the concern for the health of the mothers and women but the recent records of MMR in the US from 2000 to 2014 has concerned the authorities. In the recent times, when all the developed nations are improving the health standards, the US is on the downfall track since the last 14 years.

Going by the medical records, the deaths are happening due to a severe lacking of medical standards. Most of these patients suffered from medical complications related to pregnancy. Medical experts are saying that the issues of these patients were serious but not fatal and could be easily treated in a nation like the US. Obstetric hemorrhage and preeclampsia were the issues and experts say, early diagnosis and preventive measures could be a solution. As per sources, if there is a check over the blood pressure and the blood loss, these can be prevented. The blood pressure not being controlled on time leads to strokes. The blood clots and infections can be avoided with proper medication. Even many are left injured or paralyzed for life leaving them with no hope of getting pregnant ever.

As per a report released by CDC, 60% of the maternal mortality mishaps could be avoided if the resource allocated by the nation would have been utilized. The US grants $3.3 trillion only in the healthcare sector and thus a better treatment is expected with all the improved medical amenities.  Reportedly, the hospitals are also neglecting the safety measures that are leading to high MMR. Sources are saying that hospitals in the US are aware enough about the required steps and have all the medical facilities that can protect the mothers. If the care is not taken then this is out of sheer irresponsibility. The sources reveal that the most basic steps are missed out and that’s the reason for the high death rates of mothers.

As per the reports coming in from the states, Louisiana is at the peak of deaths related to maternity. In a study, the record from 2012-2016 was taken and on account of that study, in 100,000 births around 58.1 died. Georgia is the next in this list with 48.4 deaths per 100,000 births. Indiana is also close to Georgia with 43.6. The list continues with Arkansas, New Jersey, Missouri, Texas, Columbia, South Carolina and Tennessee, mentioned chronologically. Alaska, Vermont and New Hampshire were the states that were unable to provide any data. California is by far the best state in the US who are taking strict measures regarding the health of mothers. For every 100,000 births, the maternal mortality rate here is 4.

There was the case of Ali Lowry of Ohio that was reported. In 2013, she faced internal bleeding while giving birth. The medical practitioners of the hospital were unable to detect the symptoms and could not act on time. When she was being transferred to another hospital for a surgery, she died because the next hospital was out of blood and while doing the arrangements Ali’s heart collapsed. Her bleeding only stopped when her uterus was detached from her body through surgery. A similar case was reported in Texas.

Another incident that occurred in the South Carolina was equally disappointing. YoLanda Mention delivered her baby and as per the lawsuit reports she had high blood pressure. Without treating her, the hospital authorities sent her back home. When the situation became worse, she was again brought to the hospital where she was kept waiting for hours and soon after she had a stroke and lost her life.

In 2016, a trainer disclosed in a closed session that around 93% women who have lost their lives due to excessive blood loss could be prevented if the staffs were aware of the amount of lost blood.

The statistics are not yet recorded officially

The data that is being shared by the sources are not the actual records of MMR in the US. The available data is as per the estimates and data collected from different states. Sources say that the officials of the Federal of the Health Department did not release official records since the last 10 years. Experts are saying that without having the real numbers, it is not possible to gauge the real causes of such kinds of deaths. Without knowing the real cause, getting a solution to this issue becomes difficult.

Preventing Maternal Deaths Act has been passed a bill with 130 co-sponsors. Many doctors, health care experts, and patient advocates are supporting this bill. As per this bill, several committees will be formed who will review and record the data of the Maternal Mortality Rate. They will also review the causes of the deaths by identifying the risk to reduce such mortality rates. More such bills are to be implemented to develop a strategy that will fight maternal mortality. If the plans are implemented at the right time and the strategies are developed, the goal will be to cut down the MMR to half of the current situation and by the next 20 years, there will be a target to completely nullify those rates. The maternal mortality rates are disturbing the mental health of expecting mothers as well and thereby risking their health too.

The AIM program began working from 2014, enrolled 985 hospitals and they are working in the direction to improve the situation. They are implementing safety measures with treatment, equipment and training sessions. The members of AIM are ACOG, the American Academy of Family Physicians, the American College of Nurse-Midwives and several communities of anesthesia specialists and nurses.