Huawei Wins over Samsung in Lawsuit on Wireless Patent, but Its Partnership with AT&T Seems to Get Shattered - Impact on Smartphone Market

Huawei, the leading Chinese smartphone maker, wins over Samsung, the South-Korean electronics titan, in Lawsuit on Wireless Patent, but it's Partnership with AT 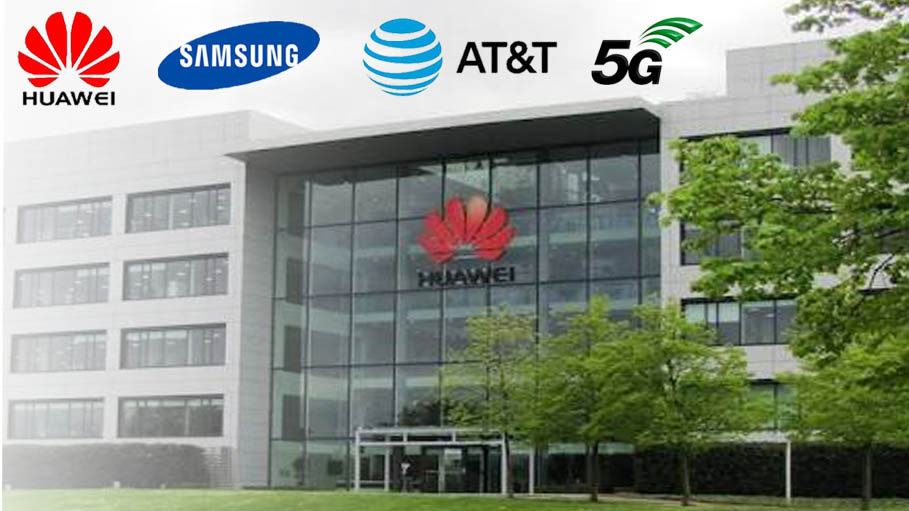 Huawei, the leading Chinese smartphone maker, wins over Samsung, the South-Korean electronics titan, in Lawsuit on Wireless Patent, but it's Partnership with AT&T seems to get crushed on grounds of intelligence risk and security concerns. In first part of this story, I will cover the Chinese ruling that went in favor of Huawei and in second part, I will narrate how Huawei’s ambition of a big entry in the US smartphone industry through partnership with AT&T gets crushed.

Huawei had filed lawsuits in California and China in 2016 against Samsung for allegedly violating several of its patents. The litigation filed in China has given verdict in favour of Huawei. A judge in Shenzhen ruled that Samsung has infringed upon one of Huawei’s wireless communications patents deemed to be its intellectual property. As a consequence, Samsung has been ordered to stop selling products in China that utilize the technology. While the California case continues, the Chinese one has been partially successful for Huawei.About Huawei, China’s Biggest Smartphone Brand

In Q3 2017, according to Counterpoint research, Huawei surpassed Apple and became the second largest smartphone manufacturer in the world after Samsung. In September 2017, Huawei created an NB-IoT city-aware network using a "one network, one platform, N applications" construction model utilizing IoT (Internet of Things), cloud computing, big data, and other next-generation ICT (information and communications technology), it also aims to be one of the world's five largest cloud players in the near future.

Consequences of Chinese Ruling of the Case

This isn’t the first time Huawei has gotten a favorable ruling in China. In 2017, the company was awarded the equivalent of about USD 12 million in damages by the Quanzhou Intermediate People’s Court, which found Samsung to have violated Huawei’s IP. Huawei had also instigated legal action in Beijing, though the results of that is unclear.According to Chinese publication Caixin, Samsung said in a statement that it will be reviewing the decision carefully before responding “in accordance with” local laws. In this particular ruling, the South Korean company has been ordered to pay a “small” fee to the court, but no further monetary charges were applied. However, Samsung can’t sell products containing the Huawei technology in China now. Several companies are filing patent-related lawsuits in China as the country positions itself as the world’s top smartphone market.

After pressuring AT&T to crush a major deal with Huawei this week, the US lawmakers are now moving forward with a bill that would ban the federal government from working with contractors that use any equipment from Huawei or ZTE. Citing security concerns, Huawei’s potential deal with AT&T was canceled. Huawei is suspected of having a role in Chinese espionage. Huawei has denied those claims and has decided to sell its Mate 10 Pro flagship in the U.S. through retailers like Amazon and Best Buy, and through its own website.

During 2017, Shenzhen based Huawei has been in discussion with AT&T to carry its smartphones in order to ramp up its sales in the US. The primary reason is that none of the top four wireless providers in the US carry Huawei’s phones. Huawei was set to take the centre stage at CES, announce its new partnership with AT&T, present Gal Gadot of Wonder Woman as its new brand ambassador, and create a big story about the deal. But that will not be the case anymore.

Huawei confirmed the news at CES 2018 in Las vegas, Nevada. “We remain committed in this market now and in the future. US consumers need a better choice, and as a leader in technology and innovation, Huawei is prepared to fill this need,” the company said in a statement provided to Reuters.

Huawei’s telecommunications strengths have made them a leader in fifth-generation wireless systems, or 5G, and the company is aggressively pursuing new standards and partnerships. The Chinese company holds ten percent of 5G patents alone. ZTE holds another five percent.

Huawei has commanding 5G technology prowess, and offers affordable pricing on their technology. It is increasingly unlikely that the US can avert Huawei technology for long.Restrictions in doing business with Huawei or ZTE

According to The Information, members of the House and Senate intelligence committees sent the FCC, which regulates AT&T’s business, a letter in December to raise concerns about the deal, citing national security. A few weeks later, it became silent, but Congress isn’t stopping there. As per TechCrunch, Republican Representative Michael Conaway has introduced a new bill that would ban the US government from doing business with any service providers that work with Huawei or ZTE. Both are Chinese firms that have been singled out due to concern that they are working with China’s government and pose an intelligence risk. TechCrunch divulged the primary points of the bill. If passed, it would prohibit the US from engaging with any third party that uses:

The aforesaid concerns arise from an investigation in 2011 that ultimately concluded Huawei, ZTE, and some smaller companies were being directed by the Chinese Communist Party. Michael Hayden, director of the CIA at the time, also claimed that Huawei shared information about foreign telecommunications systems with the Chinese government. This led to legislation that essentially banned all of Huawei and ZTE’s telecom networking equipment like routers and antennas from being sold in the United States. As of 2016, Huawei was the biggest provider of telecom equipment in the world, and ZTE ranked seventh.

This bill supposedly inflicting the ban on the US, would have to get approval of the House, Senate, and be signed by the President before being effective. But in the meanwhile, public reputations of both Huawei and ZTE are getting tarnished. It will be interesting to watch whether Huawei will experience the same success on wireless patent lawsuit in California, but at this point it seems Huawei’s ambitions in getting a strong foothold in the US smartphone market are at a standstill for indefinite period. There may be lot more to come as the story unfolds further, than what has been revealed so far.