One of the racers on board was 39-year-old Indian Navy Commander, Abhilash Tomy. His SOS message to race headquarters in France read, “ROLLED. DISMASTED. SEVERE BACK INJURY. CANNOT GET UP”. 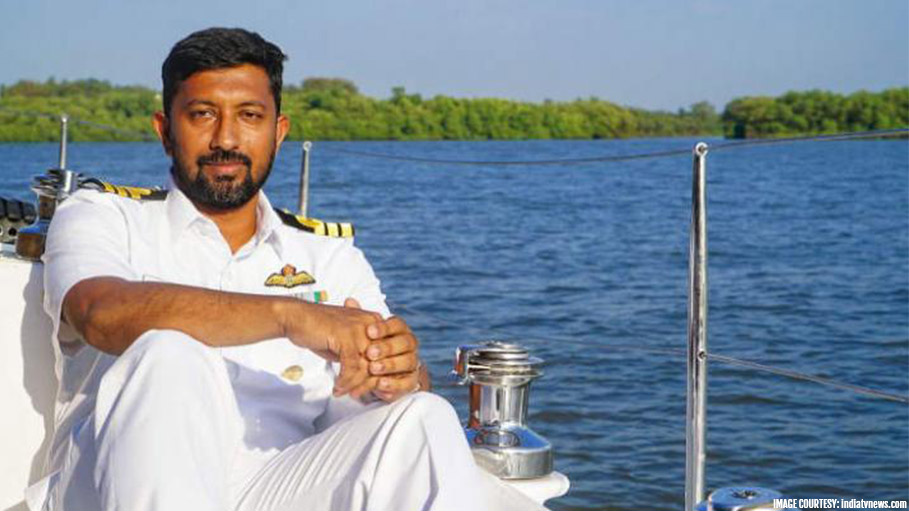 Sailing nonstop and alone around the world, without any assistance, and without modern navigational aids. The sailors and adventure lovers were doing so as part of the competition, 2018 Golden Globe Race. On the 82nd day of the competition, some of the sailors found themselves in the midst of a vicious cyclone in the southern Indian Ocean.

According to the founder and chairman of Global Globe Race, Don McIntyre, the sea was horrific, “It was the absolute worst type of storm. The wave state was extreme. The conditions were almost unheard of”.

The wind was blowing at the speed of 80 mph, which is of a hurricane strength, the sea became confusing and the waves have risen to the height of five-storey buildings, which broke many vessels.

Three of the small sailboats were repeatedly knocked down. One of the sailors and race leader Mark Slats from the Netherlands was later dragged overboard and was saved because of his safety tether. 41 year Mark Slats later told officials that, “he has never seen conditions as bad”.

Two boats were rolled over completely, both the vessels have lost everything. One of the racers on board was 39-year-old Indian Navy Commander, Abhilash Tomy, who was making his second solo circumnavigation, was severely injured in the storm. He sent an SOS message to race headquarters in France, the distress message read, “ROLLED. DISMASTED. SEVERE BACK INJURY. CANNOT GET UP”.

Over the next four days, rescuers struggled to reach Tomy, who was alone and adrift in a crippled vessel, in a location that according to Australian officials is one of the most remote parts on earth, some 1,900 miles southwest of Perth in Western Australia.

The French fisheries patrol vessel Osiris then reached and saved the Indian sailor on Monday. The Joint Rescue Coordination Center in Canberra, Australia which rescued Tomy, said, “Tomy is conscious, talking and on board the Osiris. Australian and Indian long-range P8 Orion reconnaissance aircraft are circling overhead”.

After his sailboat was dismasted in the storm, Tomy spent the next four days trapped in his cabin. Tomy was successful in activating his emergency beacon and then he waited. One of Tomy’s competitors, Gregor McGuckin of Ireland, the second sailor whose boat was rolled over and who lost his mast, struggled very hard to reach Tomy, who was 90 miles away.