Indonesia Sends Back 250 Containers Full of the ‘World’s Waste’

Out of 250 containers, 49 containers of waste were seized on the Batam Island near Singapore and have been sent back to their respective countries, which include the United States, Australia, Germany, France and Hong Kong. 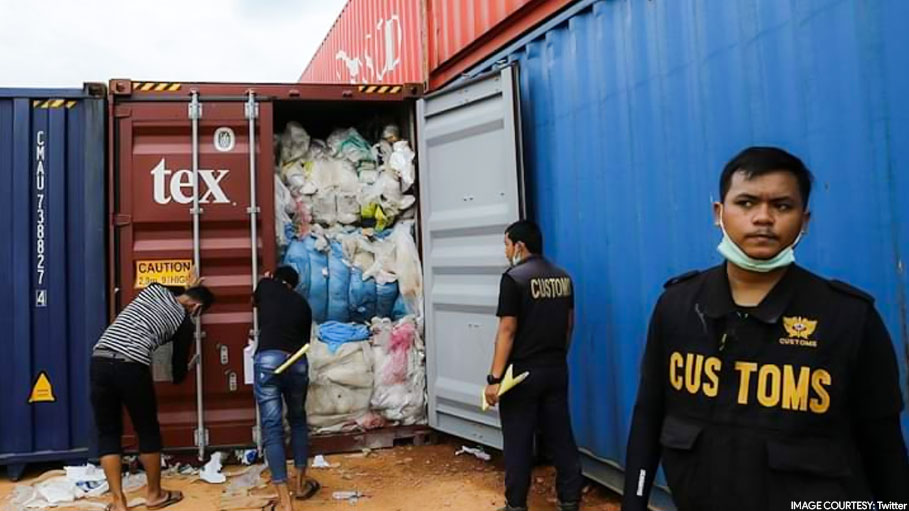 Indonesia has recently sent back hundreds of ship containers filled with garbage and trash back to their countries of origin, as also the Southeast Asian nation is trying to push back against becoming a dumping ground for the foreign trash.

So far, more than 250 containers were seized across the Indonesian archipelago in the few months and have been returned to their respective countries. According to the country’s customs department, they are also inspecting more than 1,000 other ship containers full of trash.

Out of 250 containers, 49 containers of waste were seized on the Batam Island near Singapore and have been sent back to their respective countries, which include the United States, Australia, Germany, France and Hong Kong, said the agency spokesman Deni Surjantoro.

The shipments were loaded with wastes that are the combination of garbage, hazardous materials and plastic waste, which is in violation of the country’s import rules. Deni Surjantoro said, “Imports can’t be contaminated with toxic or dangerous materials”.

Also according to customs data, nearly 200 other containers containing such hazardous waste have also been seized and shipped out of Surabaya, which is the second biggest city of Indonesia. The containers were shipped back to the US, Germany and Britain, according to the customs data.

On the other hand, authorities near Jakarta are preparing to send back another lot of 150 containers of waste while inspecting more than 1,000 others that could also contain banned materials, Surjantoro said.

In the last few months, Indonesia has been tightening its surveillance over the foreign trash that enters into its territory for dumping the waste, at a time when import activities are soaring high in this region.

The large quantities of waste have been redirected to Southeast Asian nations including Indonesia, after China, which used to receive the bulk of scrap plastic from across the world has closed its doors to the foreign trash from last year in a bid to clean up its own environment.

Amid global concerns, taking a stand Australia has pledged to stop exporting recyclable waste after it has come to light that the plastic wastes are polluting the oceans of the world that has led to the increasing pushback from the Asian nations, who are now against accepting the waste of the world.

According to the environment conservation organisation WWF, around 300 million tonnes of plastic are produced every year, much of which are ending up in the landfills or polluting the seas, which has become a growing international crisis.

Meanwhile, a particular environmental concern is now involving microplastics, which are in the form of tiny pieces of degraded waste, which can easily absorb harmful chemicals and accumulate well inside fish, birds and other creatures killing them and harming the overall environmental condition, creating a misbalance in the whole ecosystem.

Therefore some concrete measures involving the world leaders need to be adopted to tackle this growing crisis, which the whole world is more or less facing.

"Felt Like a Wave": People Flee into Streets after Massive Indonesia Jolt