TV Asahi said the man set himself alight after telling police he was opposed to plans for a state funeral for assassinated former prime minister Shinzo Abe. 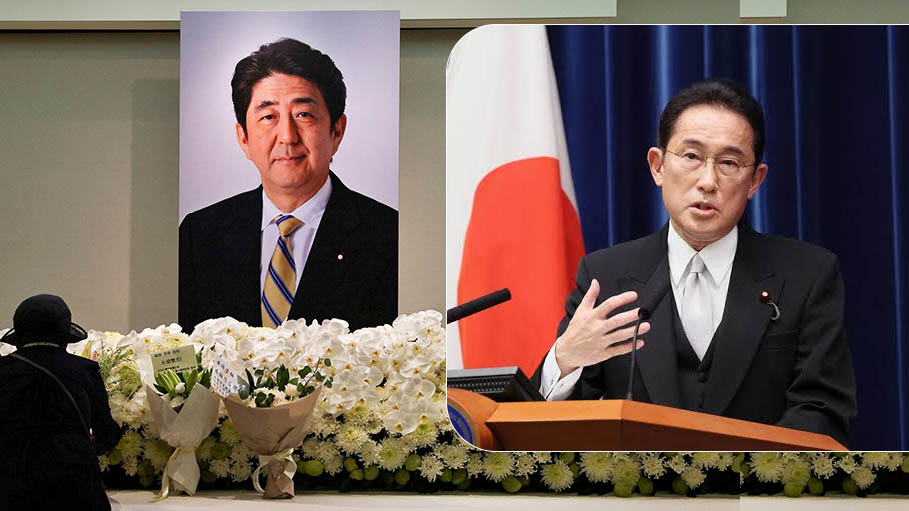 Tokyo: A man was taken to hospital unconscious after apparently setting himself on fire near the office of Japanese Prime Minister Fumio Kishida on Wednesday, local media said.

Initial details about the incident in Tokyo were slim, and the police and prime minister's office declined to comment.

TV Asahi said the man set himself alight after telling police he was opposed to plans for a state funeral for assassinated former prime minister Shinzo Abe.

The television station said a police officer who tried to extinguish the fire was injured in the process.

Kyodo news agency and other outlets said police were called to the scene after reports a man was "engulfed in flames".

It said a note was found near the man, expressing his opposition to the funeral.

Abe, Japan's longest-serving prime minister, was shot dead on July 8 while campaigning, and a publicly funded state funeral honouring him will be held on September 27.

But state funerals are rare in Japan, and the decision has been controversial, with polls showing about half the public is opposed to the idea.