Japan's prime minister on Friday condemned China's firing of ballistic missiles during military drills around Taiwan, calling them a "serious problem that impacts our national security and the safety of our citizens". 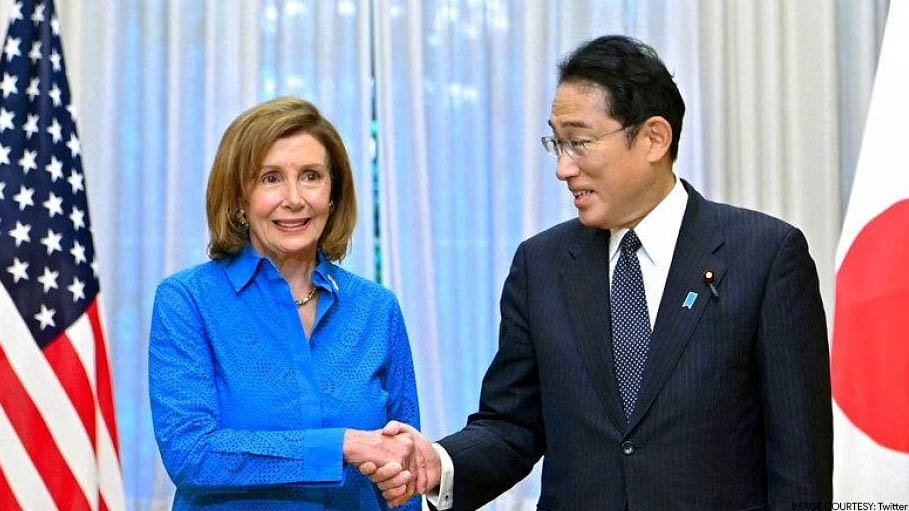 Tokyo: Japan's prime minister on Friday condemned China's firing of ballistic missiles during military drills around Taiwan, calling them a "serious problem that impacts our national security and the safety of our citizens".

Five Chinese missiles appear to have fallen in the country's exclusive economic zone, Tokyo has said, with four of those believed to have flown over Taiwan's main island.

"China's actions this time around have a serious impact on the peace and stability of our region and the international community," Prime Minister Fumio Kishida told reporters after meeting US House Speaker Nancy Pelosi for breakfast.

"I told her that we have called for the immediate cancellation of the military drills."

Pelosi is in Tokyo for the final leg of an Asian tour that included a stop in Taiwan, infuriating Beijing, which has launched its largest-ever military drills around the self-ruled island in response.

The 82-year-old politician defied stern threats from China to become the highest-profile US official to visit Taiwan in years, saying her trip made it "unequivocally clear" the United States would not abandon a democratic ally.

China views Taiwan as part of its territory and has vowed to retake the island one day, by force if necessary.

Kishida said he and Pelosi discussed geopolitical issues including matters related to North Korea, China and Russia, as well as efforts towards a nuclear-free world.

Pelosi arrived Thursday night from South Korea, another key US ally, where she visited the border with the nuclear-armed North. It is her first time in Japan since 2015.

Tokyo has lodged a diplomatic protest with Beijing over the military exercises, which began on Thursday.

Parts of Japan's southernmost Okinawa region are close to Taiwan, as are islets at the centre of a long-running dispute between Tokyo and Beijing.

Japan's exclusive economic zone (EEZ) extends up to 200 nautical miles from its coastline, beyond the limits of its territorial waters.

Biden Looks to Stress "Commonalities" with India in Talks