Kanye West "Obsessed" with Hitler, Wanted to Name Album after Him

A new report has claimed that Kanye West allegedly idolized Adolf Hitler and even wanted to name his 2018 album after him. 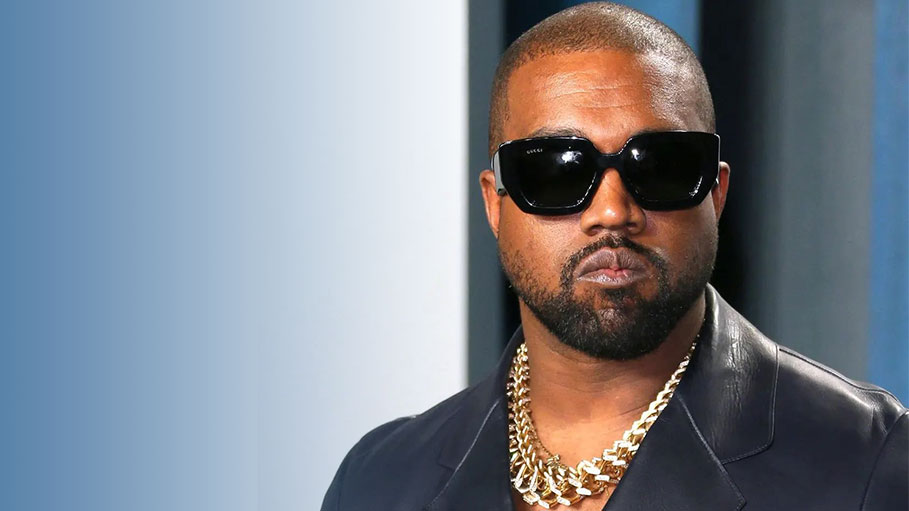 Washington: A new report has claimed that Kanye West allegedly idolized Adolf Hitler and even wanted to name his 2018 album after him.

Page Six has quoted CNN according to which four different sources have confirmed to the media organization that Kanye suggested that his eighth album be called "Hitler"! Kanye eventually did not go ahead with the idea and named it "Ye".

A business executive who claims to have worked with Kanye in the past told CNN that Kanye allegedly had an "obsession" with Hitler and that he even spoke openly about reading "Mein Kampf".

CNN quoted the business executive saying, "He would praise Hitler by saying how incredible it was that he was able to accumulate so much power and would talk about all the great things he and the Nazi Party achieved for the German people".

This comes close to the heels of the latest racist remarks issued by the rapper against the Jews. Kanye has been heavily criticized for his anti-Semitic tweets and comments and has even lost billion-dollar deals post that.

According to TMZ, Kanye showed up at Skechers headquarters to discuss a new business proposition. He wanted to chat with the executives of the company.

Later TMZ reported that Skechers issued a statement clarifying that they hadn't cracked any deal with the rapper, instead, he was immediately turned away.

TMZ quoted a Skechers spokesperson who said, "(West) arrived unannounced and without invitation at one of Skechers' corporate offices in Los Angeles."

"Considering Ye was engaged in unauthorized filming, two Skechers executives escorted him and his party from the building after a brief conversation."

"Skechers is not considering and has no intention of working with West. We condemn his recent divisive remarks and do not tolerate antisemitism or any other form of hate speech," Skechers' statement continued.

Skechers, which has collaborated with superstars such as Britney Spears, Christina Aguilera, Camila Cabello, and even West's ex-wife, Kim Kardashian, is notable for being founded and run by a Jewish family.

Page Six reports that Robert Greenberg founded the company in 1992, and his son Michael Greenberg is the current president.

After Adidas cut ties with Kanye and his Yeezy collection, Kanye West lost his billionaire status. Adidas issued a statement on Tuesday in response to West's string of anti-Semitic remarks, saying, "Adidas does not tolerate antisemitism and any other sort of hate speech."

"Ye's recent comments and actions have been unacceptable, hateful and dangerous, and they violate the company's values of diversity and inclusion, mutual respect and fairness," the company added.

Page Six quoted a Forbes report according to which West's worth is USD 400 million now after the Adidas partnership was terminated. The Yeezy deal accounted for USD 1.5 billion of his net worth.

West legally changed his name from Kanye to Ye and had been collaborating with Adidas on his Yeezy shoe line since 2013.

SEE ALSO:
"They Did Not Consult Me": Elon Musk after Rapper Kanye West Back on Twitter