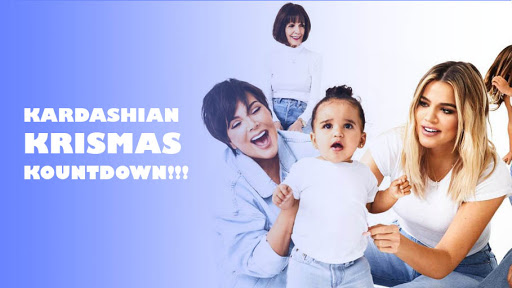 Well, it’s not just a Christmas countdown, but people are calling it Kim’s Krismas Kountdown. The teaser of Kim Kardashian Christmas card has already gone viral, and it includes their four generations.

In the image you can see Khloe Kardashian is holding onto Rob's daughter Dream, Kris Jenner is smiling. In the background there’s grandmother MJ.

But even such a family photo shoot is not much appreciated by the masses. In fact, people are not shying away from saying that the hot and sexy Kim Kardashian is now ‘selling off her mother’! Can you just believe that?

Kim’s christmas calendar also includes his 40-year-old husband, Kayne West’s snaps with their two children and Kim herself. The entire family can be observed in matching attire, in the shades of white ‘n’ blue combination.

So, not just her mother, is Kardashian selling off her entire family?

Kim and Kayne, the duo also had picture that shows off their waists and portrays much love between the two. Kardashian is wearing a white tank top.

But looks like people really don’t care! The blogs which covered this topic received numerous comments for the posts but mostly were negative! But Kardashian really doesn’t care! She has been the queen of controversies and this time too she’s not making much exception. Merry Krismas Kim!