Microsoft has confirmed that Kodi, the powerful media player, which can be used to illegally download or stream movies and TV shows, has been officially launched on Xbox One, the popular gaming console. 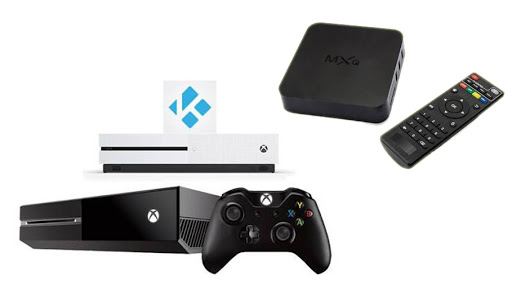 Microsoft has confirmed that Kodi, the powerful media player, which can be used to illegally download or stream movies and TV shows, has been officially launched on Xbox One, the popular gaming console. Kodi (formerly XBMC) is a free and open source media player application developed by the XBMC/Kodi Foundation, a non-profit technology consortium. Kodi is available for multiple operating-systems and hardware platforms, featuring a 10-foot user interface for use with televisions and remote controls. It allows users to play and view most videos, music, podcasts, and other digital media files from local and network storage media and the internet. With Kodi’s inclusion in Xbox series, the Xbox One X and Xbox One S are now the most versatile set-top boxes available which can be used to play any kind of media from any kind of source. You can get Kodi for Xbox One worldwide through Windows and Xbox Stores.

The Journey from Xbox Media Player to Kodi

About fifteen years ago, in 2002, a group of like-minded developers released something that was called Xbox Media Player. Back then the Xbox was one of the most affordable devices that was based on the x86 architecture. From there on it developed into the Xbox Media Center which was the baseline of what would become XBMC. With time other platforms were added besides the Xbox and the project kept on growing. The hardware side continued to evolve, became more affordable and the once famous Xbox started getting obsolete as users found the other platforms comparatively easier to install XBMC on. On May 27, 2010, it was announced by the XBMC developers that they would cease development for the original Xbox. As time passed,  developers and users were happy running XBMC on their Linux, Windows, OSX, Raspberry-Pi and Android devices. In the year 2014 the team renamed XBMC to what it is now, Kodi.

Few Known Limitations as of todayIn one of the reports, I found it's not finished yet and may contain missing features and bugs.

Powered by add-ons and app repository

Though Kodi allows you to access media on remote drives, making it useful for people with a huge library of old ripped DVDs and home movies, yet it's real power is now found in its add-ons and enormous add-on repository. It's also great for torrenting pirates. These add-ons mean you can get important apps on systems they might not normally be found on, like Sony's PS Vue on the Xbox One. That's useful for when big companies start slap-fighting, resulting in them arbitrarily removing service from a set-top box. Companies like Google, Apple and Amazon can have their conflicts while you can continue consuming your content in whichever way you want to.

Enabled to Play Ultra HD Blu-RaysIn addition to Kodi and the myriad of other apps like Netflix, the two latest Xbox One consoles are also capable to play Ultra HD Blu-Rays, something no other set-top box can do, and the Xbox One consoles are the only set-top boxes that can decode encrypted channels from your cable provider. It's the final piece the Xbox One X and Xbox One S needed, to be the most powerful set top boxes currently available. This means you can use the Xbox One in lieu of an actual cable box or DVR.

Like Kodi, the absolutely legal, yet notoriously controversial media player, the Xbox One is now truly a Swiss Army Knife of content consumption. If you need to be able to play any type of media at any time, this is the obvious choice.