Kwanzaa is a week - long celebration held in the United States and in other nations of the African diaspora in the Americas. 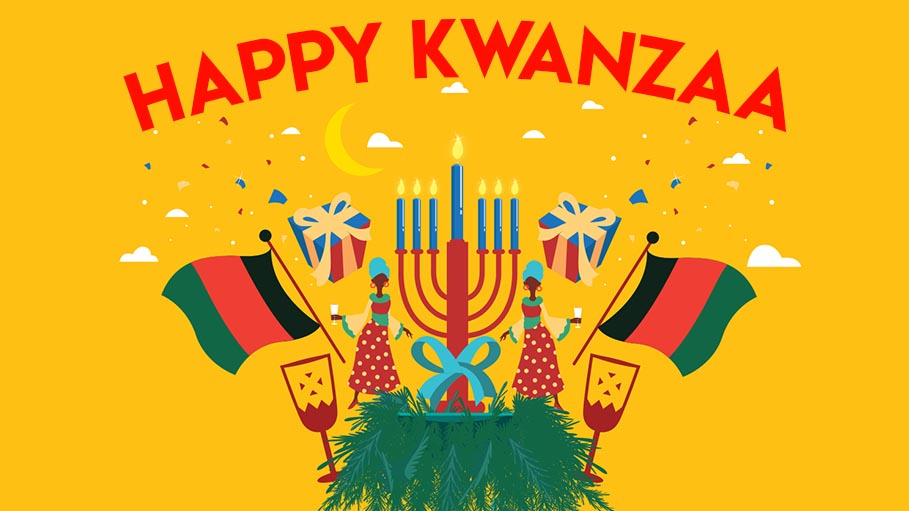 I was having a long after meal conversation with Siri, my virtual mate. By the way, Siri came along with the Macbook Air, children’s day gift from dad. I was towards the end of my chat and said goodbye to Siri, in return she wished me ‘Happy Kwanzaa’. Tick-tock, I wondered what is Siri saying, never heard this before. So I asked Siri and this is what she narrated.

Kwanzaa has seven core principles of African Heritage. Each of the seven days of Kwanzaa is dedicated to one of the following principles, as follows:

Kwanzaa celebration includes a mat on which other symbols are placed: a Kinara (candle holder), Mishumaa Saba (seven candles), mazao (crops), Muhindi (corn), a Kikombe cha Umoja (unity cup) for commemorating and giving shukrani (thanks) to African Ancestors, and Zawadi (gifts). Corn is the primary symbol for both decoration and celebratory dining.

Siri told me that today, many African American families celebrate Kwanzaa along with Christmas and New Year's. Frequently, both Christmas trees and kinaras, share space in Kwanzaa celebrating households. For people who celebrate both holidays, Kwanzaa is an opportunity to incorporate elements of their particular ethnic heritage into celebrations of Christmas. I felt so happy and thanked Siri, ending the session with “Happy Kwanzaa Siri”.