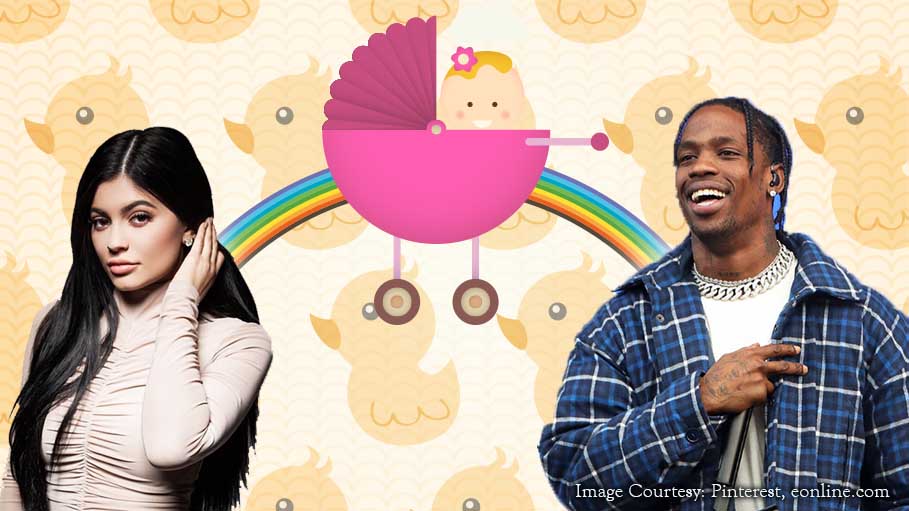 Finally, the "Keeping Up With The Kardashians” and “Life of Kylie” star Kylie Jenner has let us in on her little secret. She made an announcement through Instagram that she has given birth to a baby girl on February 1. The baby girl weighed in at 8 lbs., 9 oz. and arrived at 4:43 p.m. local time. Both mother and child are doing good.The father is rapper Travis Scott. She had been dating him for a few months before rumors of her pregnancy surfaced. The name of the newborn celebrity baby has not yet been decided.

In her note on Instagram, the 20 year old Reality TV star explained in detail why she had kept her pregnancy a secret.

The beauty Mogul also shared a lengthy collection of videos from her pregnancy, which also includes a quick shot of her and the baby in the delivery room after her arrival. The video diary also shows her openly having a discussion with friends and family about having a baby. She also shares some details about finding out about discovering her pregnancy  and how it would affect her future. The YouTube video has been titled as, "To Our Daughter."

One of the most interesting moments came when she and her sister, Kim Kardashian were sharing a sisterly moment. Kim also had her third child with Kanye West, via a surrogate. Kylie shares her views about the new baby while Kim explains what Kylie can expect to happen to her body soon.

Prior to the big revelation,it had been noticed by fans that Jenner had only been posting old pictures or photos that were cropped on social media to conceal her pregnant figure.

The video also features Jenner discussing with her friends, the progress of her relationship with her beau as well as how they discovered her pregnancy. The video also gave some glimpses of some rare footage the moment when Kris Jenner gave birth to Kylie. The footage seems to have been shot by her father, Caitlyn Jenner, who earlier was identified as Bruce Jenner.

Earlier in January it was reported that Kylie was nervous about giving birth and was counting the days for her baby’s arrival. The report also stated that her mom Kris Jenner had been helping her in getting the baby's nursery ready..

In one of her episodes of Life of Kylie she mentioned that she would love to live on a farm and raise her family thus hinting about her rural life aspirations. In 2015, in one of her interviews with Teen Vogue, Jenner also once mentioned her desire to raise millions of daughters.

Well, congratulations Kylie , you’re on the road to fulfilling your dreams.